It will launch in the US, Canada, Australia, Brazil, Japan, Mexico, Puerto Rico, South Korea, and the UK 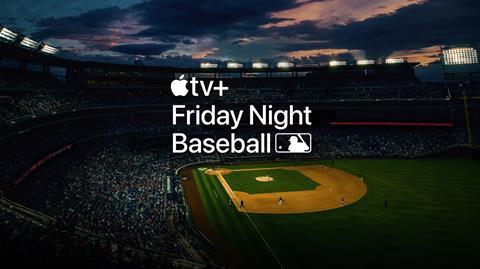 Apple TV+ and Major League Baseball have announced Friday Night Baseball - a new weekly doubleheader to be broadcast by the streamer.

The live baseball will be accompanied by pre-and post-game shows, and it will first launch in the US, Canada, Australia, Brazil, Japan, Mexico, Puerto Rico, South Korea, and the UK when the regular season begins. It is expected to expand to additional countries at a later date.

The regular season had been planned to start at the beginning of April, but is currently delayed. The first round of fixtures has been cancelled, and it is unclear when it will start as MLB is instituting a lockout while in negotiations with the players’ union over a collective bargaining agreement.

When games eventually go ahead, viewers in the US and Canada will also have access to a new 24/7 livestream with MLB game replays, news and analysis, highlights, classic games, and more, as well as on-demand programming including highlights and MLB-themed original content.

All territories will receive enhanced coverage through Apple News, with the ability to watch highlights in the Apple News app.

The Friday night matches will be shown by Apple free from local broadcast restrictions. BT Sport held the UK rights to MLB until the end of 2021, but a broadcaster for 2022 is yet to be announced.