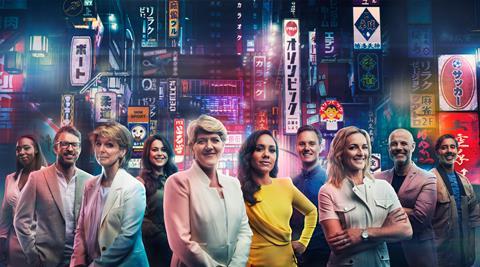 The BBC has revealed its coverage plan for the Tokyo 2020 Olympics.

There will be over 350 hours of network TV coverage of the Games, with a live stream available on BBC iPlayer and the Red Button. A new virtual reality studio at dock10 in Salford will provide the home of the action, and the trailer for its coverage is set to debut during the England v Germany Euro 2020 clash on 29 June.

The Games will officially begin on BBC1 at 11am on Friday 23 July, with Clare Balding and Alex Scott hosting the Opening Ceremony. There will be commentary from Hazel Irvine and Andrew Cotter. Team GB’s opening match against Chile in the women’s football will also be shown live on BBC Two from 8.15am on Wednesday 21 July, hosted by Alex Scott.

From there, each day throughout the games on BBC1, JJ Chalmers will host from midnight –5am, followed by Dan Walker and Sam Quek co-hosting a special edition of BBC Breakfast from 5 –9am with the best of the overnight action as well as plenty of live sport in addition to the regular national and regional news updates. Hazel Irvine and Gabby Logan will co-host daily from 9am –3pm, followed by Jason Mohammad from 3 –6pm. Clare Balding and Alex Scott will then bring each day to a close on BBC One from 7.30 –9pm with Today At The Games.

BBC2 will then continue the action with Olympics Extra from 9-10pm, showing in-depth highlights from some of the key sports of the day hosted by Jeanette Kwakye and Nihal Arthanayake. BBC iPlayer will show all coverage live and on-demand, as well as special highlights programmes - that will also be hosted on the BBC Sport website.

The Games will be wrapped up by a review of the Games at 11am on Sunday 8 August on BBC1 ahead of live coverage of the Closing Ceremony, hosted again by Alex Scott and Clare Balding, with commentary from Hazel Irvine and Andrew Cotter.

3x60 documentary Gold Rush will also air on BBC1 during the games, documenting Team GB’s rise from the 1996 Atlanta games to their success at London 2012. It was made by Blast Films and commissioned by Kate Philips, acting controller, BBC1 and Clare Sillery, head of commissioning, documentaries, history and religion. The executive producer is Tanya Winston and the commissioning editor is Hamish Fergusson.

In addition to TV and streaming, there will also be comprehensive radio coverage and content across the BBC Sport website, app and social  media channels. Also, BBC Sport Scotland, BBC Sport Wales, BBC Cymru Fyw, and BBC Sport NI will give localised coverage.

Barbara Slater, director of BBC Sport, sayid: “There will be something for everyone on the BBC for Tokyo 2020, with a huge range of content available across TV, radio and online, plusa  world-class  line-up  of  presenters  and  pundits.The  anticipation  for  this  year’s Olympics is higher than ever, and we’re proud to be showcasing the very best of the action.” 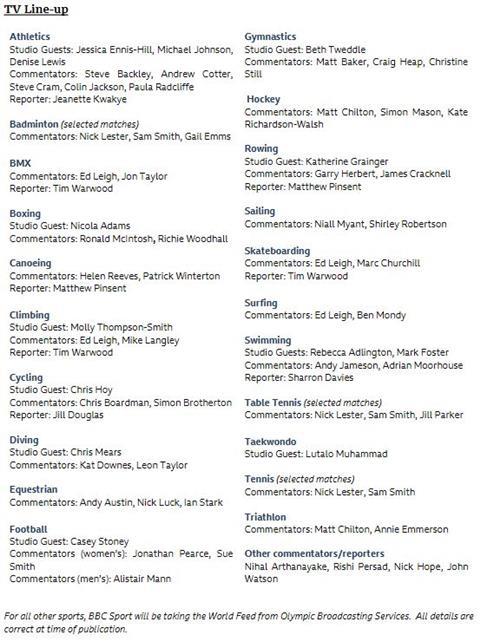