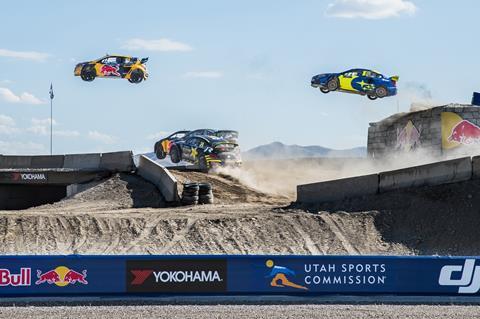 Nitro Rallycross has revealed its broadcast plans  ahead of the inaugural series beginning 24 September.

The competition will air in more than 200 territories via 14 media partners - with BT Sport non-exclusively covering it in the UK. Other notable deals include worldwide partners DAZN and YouTube, as well as NBC Sports and Peacock in the US.

Created by motorsport icon Travis Pastrana and part of Thrill One Sports Entertainment, Nitro Rallycross sees ten teams from seven car manufacturers battle it out on custom-built tracks across the US.

In addition to the broadcast plans, Nitro Rallycross has revealed that Laurette Nicoll will join the already annouced commentary team of Andrew Coley and Jarod DeAnda as trackside reporter. She has formerly worked in similar roles for the Nitro World Games, X Games, Formula Drift, EnduroCross and Global Rallycross. A celebrity reporter will complete the broadcast team, with snowboarding legend Todd Richards doing this on the first weekend.

While the first season of Nitro Rallycross will take place in the US, it is planned for 2022 campaign to also visit Europe and the Middle East. It will also introduce the FC1-X electric Supercar for the second campaign.

Joe Carr, CEO of Thrill One Sports & Entertainment, said: “The excitement and anticipation for Nitro Rallycross’ series launch is at its pinnacle, and we are thrilled that fans will soon be able to experience this innovative concept all over the world. By putting the ‘Nitro’ stamp on rallycross, we’re taking ‘action-packed’ to another level; anyone who loves adrenaline is sure to enjoy this truly next-generation racing.”