Boxing promoter will launch prospects series with the OTT platform 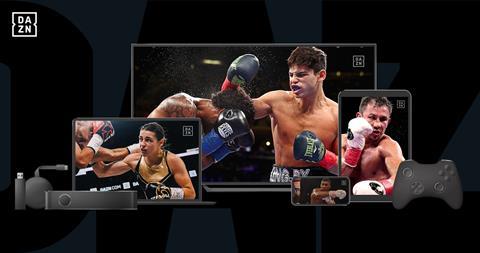 The pair originally revealed a five-year agreement in 2018, and this multi-year renewal expands on that deal with the addition of a ‘prospects’ development series, Golden Boy Fight Night on DAZN.

DAZN has made boxing one of the key planks of its offering, with Golden Boy joining a five-year deal with Matchroom that was announced last year. However, it has had to change its strategy with the sport somewhat, putting Saul ‘Canelo’ Alvarez’s fight with Dimitry Bivol behind a paywall in the US & Canada recently, despite earlier claims that PPV was ‘dead’. Elsewhere, including in the UK, the OTT streaming platform has continued to avoid this.

Ed Breeze, EVP rights at DAZN, said: “Golden Boy has an excellent stable including some of the hottest prospects in boxing, and their shows always feature non-stop action from the first bell to the last. As part of our new partnership we will be looking to unearth the next generation of boxing talent in our new development series ‘Golden Boy Fight Night on DAZN’.”