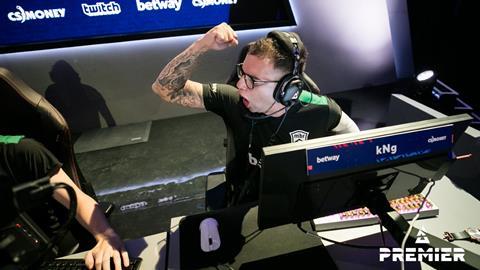 The global Counter-Strike tournament will be shown live and on-demand on the streaming platform in over 100 territories, including the UK, Japan, and the US. As part of the deal, DAZN will broadcast Blast Premier’s remaining five events of the year including the Spring, Fall and World Finals.

First, DAZN will air the Spring Final (15-19 June), which will be hosted at the Altice Arena in Lisbon, Portugal.

Alexander Lewin, VP of distribution and programming at Blast, said: “We’re thrilled to team up with one of the world’s biggest and most respected sports streaming services in DAZN. Our overarching aim is always to ensure Blast Premier is available and accessible in as many regions around the world as possible, this partnership is helping us to achieve that goal with Blast now broadcast in 154 territories and in 25 languages. Our partnership with DAZN in over 100 markets is testament to the current global demand for Blast Premier and the high production quality.”

Tom Burrows, DAZN EVP rights, DAZN Group, added: “DAZN is committed to making a broad range of sport more accessible to an ever-increasing number of fans and this is a great opportunity to partner with Blast Premier and broadcast the Counter-Strike tournament series on our platform. There is a fast-growing market for esports and the series is a great fit for DAZN while we continue to expand our offering and become the ultimate sports destination platform for fans.”