The 18-year-old won the US Open on Saturday 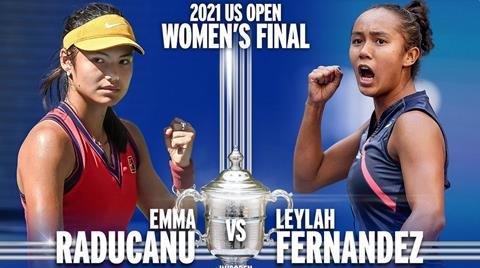 Huge audiences tuned into both Channel 4 and Amazon Prime Video on Saturday to watch Emma Raducanu become the first qualifier to win the US Open.

Alongside the teenager’s incredible success, Channel 4 and Amazon Prime Video have revealed that the final was also a winner in terms of viewing figures.

Channel 4 revealed that a peak audience of 9.2 million tuned into the match, which was a 39.9% share of the total audience and an impressive 48% of 16-34-year-olds.

Meanwhile, Amazon Prime Video reported that the final was the most streamed tennis match on the platform ever - although it did not reveal what that means in terms of raw numbers.

Prime Video made a last-minute deal with Channel 4 to allow the free-to-air broadcaster show Raducanu’s victory. Channel 4 took Prime Video’s live feed and broadcast it on its linear and digital platforms.