Real Madrid, Anadolu Efes Istanbul, FC Barcelona, and Olympiacos Piraeus face each other in the final stage of the competition 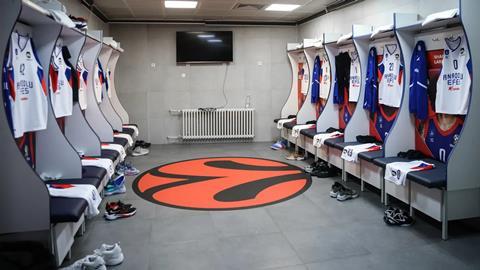 The EuroLeague has revealed a virtual reality experience as part of its Final Four broadcast plans.

Building on its use of VR at the same stage last year, EuroLeague TV Final Four pass holders will be able to experience the games in VR through YBVR’s technology.

Euroleague TV, which is avilable in all territories except France, Spain, and Italy, will have commentary from former EuroLeague champions Joe Arlauckas and Jiri Zidek alongside Ronald McIntosh and Liam Canny. There is also a second screen experience in the form of watching along with Anthony Goods of Swish Cultures on YouTube as he analyzes the action in real time with special guest and former EuroLeague player Michael Roll.

The games are also available through 87 broadcasters and platforms around the world, including FreeSports in the UK, Sky Sports and Eleven Sports in Italy, L’Equipe in France, DAZN in Spain, and many more.

Real Madrid defeated FC Barcelona and Anadolu Efes Istanbul won against Olympiacos Piraeus in the semi-finals on 19 May, with the final and third place playoff to take place on 21 May at Stark Arena in Belgrade, Serbia.