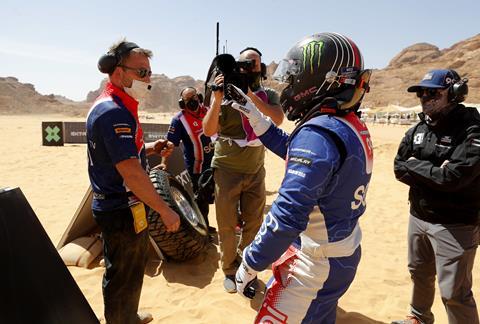 Race For The Planet, a five-part behind-the-scenes documentary series following the inaugural Extreme E series, will launch on Prime Video in the UK & Ireland later this year.

Executive produced by NEO Studios, the docuseries is expected on the streaming platform from early summer. This is likely to be ahead of the second and third X Prixs of the 2022 Extreme E season, which are taking place in Sardinia, Italy on 6-7 and 9-10 July. 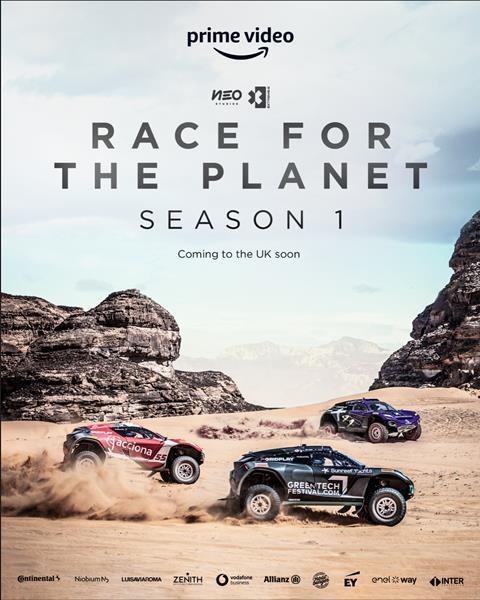 Each episode follows one of the X Prixs that took place in 2021, telling the stories of racers such as Jenson Button and Jamie Chadwick, as well as team members, support staff, and everyone else involved in the global racing series.

As well as capturing the drama of race days, the show will tell the stories of its stars, and the organizers who made it happen in the face of the pandemic. The series also sheds light on the consequences of climate change in each race location.

Anouk Mertens, NEO Studios global CEO and executive producer of Race For The Planet, spoke about the series at the Media Production & Technology Show on 12 May, and commented on this news: “The idea behind Extreme E is so bold and exciting, and it’s been a privilege to create the ultimate account of the competition’s first campaign. We’re excited to be partnering with Prime Video to get the show to audiences this summer.”

Ali Russell, chief marketing officer for Extreme E, added: “We are absolutely thrilled to announce our new documentary ‘Race for the Planet’, highlighting the untold stories behind the scenes of Extreme E on and off the track, taking audiences along with us as we race in the most remote locations of the planet. 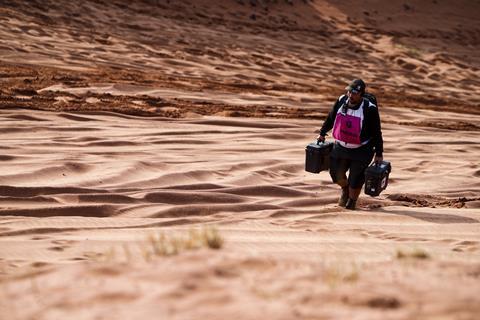 “We have captured what it is like to race and breathe Extreme E. We break down the barriers, bring authenticity to displaying the ups and down of motorsport, the challenges and essentially, how gladiatorial Extreme E is. Listening into the intimate thoughts of some of the best drivers in motorsport makes this documentary even more exciting and entertaining.

“Working with Prime Video was the perfect way to release this original documentary to showcase Extreme E as pioneers and a sport for purpose Championship. Not only will ‘Race for the Planet’ bring our fans and viewers into the heart of our racing and legacy projects, but this documentary will also attract a new audience to Extreme E.” 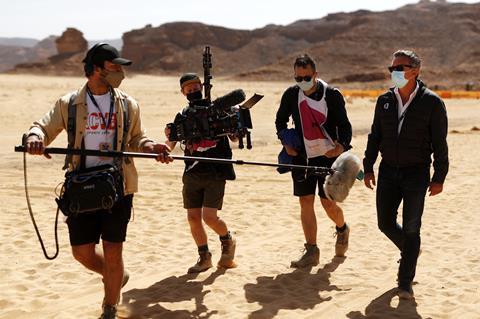 Catie Munnings, Genesys Andretti United Extreme E driver, said: “Seeing ‘Race for the Planet’ gave me goosebumps. I could feel myself getting nervous again with my heart beating faster as we were sat on the start line because it brought back so many memories for me. It’s really nice to have some time to reflect on last season and see the behind the scenes of other teams’ to understand what goes on as well as the life stories behind each individual athlete, which we would never normally see. I think that Extreme E has done it in a great light with lots of humour and competitiveness.

“It’s really important to see the legacy work that happens as well and how that combines with the racing in a really clear and simple way that all fans will understand. I’m looking forward to it coming out and I hope the fans enjoy it.”

‘Race for the Planet’ Episode Synopses

Set across the vistas of the AlUla desert, the challenges of putting on an Extreme E event became real - this inaugural race brought all the drama you were hoping for! Cars and drivers tested to breaking point, the heart-stopping ‘drop’ descent, and the realities of dust in the desert create last minute headaches for the race organisers. This episode features an in-depth chat with American racing legend, Kyle LeDuc, as he speaks on his family history in motorsport on his home turf in the USA.

The crashing waves of the Atlantic Ocean coast set the scene for the second round of Extreme E. This highly technical beach course meant new challenges for teams. It was no relaxing trip to the seaside, that’s for sure! Wheel-to-wheel racing between JBXE, X44 and Rosberg X Racing (RXR) made for some intense viewing, and a collision puts the Race Director under pressure. This time, we feature the ‘at home’ segment with British rally driver, Catie Munnings.

The third round takes us to the frontline of the climate crisis, where no motorsport has been before - the Greenland ice cap - as teams go to battle in this stunning weekend of racing. This course delivered fast racing, jumps and insane overtakes, and the Rock Garden tested the cars to new limits. A new five-car final format only increased the side-by-side action and drama, with racing going down to the finish line in dramatic scenes. Features Laia Sanz, a Motocross rider as we follow her amazing progress of her first time ever swapping her bike for Extreme E’s four-wheel competition.

Taking on the harshest terrain yet, across the hard baked Sardinian terrain, drivers and cars were challenged beyond their limits. Hunting each other down, the title battle hots up between two teams, bringing history back into the fight for the championship. Who will come out on top? And could there be an end to the bad luck run for Chip Ganassi Racing? The battle continues as we approach the finale. A family feature showcases the Hansen brothers and heritage in motorsports with their family at home in Sweden.

Bringing the action to Extreme E’s backyard, the final round is set on the Bovington tank lands of Dorset, UK. Here, drivers encountered the classic British winter. With the elements at their worst, visibility low and knee deep in mud at times, the season reaches a dramatic conclusion. A tale of two teams, the final race is not to be missed. Find out who wins the inaugural Extreme E season. We wrap up the season showcasing all the ecological legacy projects undertaken by Extreme E.