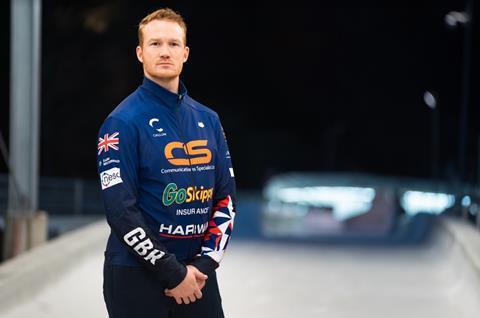 Discovery is to create a documentary charting London 2012 star Greg Rutherford’s attempts to qualify for the bobsleigh event at the Beijing 2022 Winter Olympic Games.

The 45-minute documentary will air on discovery+ in the build up to the Games, with Rutherford, if successfull in qualifying, in with a chance of becoming only the second man to win gold at both the Summer and Winter Olympics following his gold in the long jump at London 2012.

American Eddie Eagan is the only man to have managed it to date, winning gold as alight-heavyweight boxer in Antwerp in 1920 before claiming victory in the four-man bobsleigh at Lake Placid in 1932.

Teammates Lamin Deen, Joel Fearon, Ben Simons and Toby Olubi will also star in the programme, with the pressures of training, competition, and home life as well as funding, facilities, fears and self-doubt coming to the fore on a journey to the competition that includes Austria, Germany, and Switzerland.

Rutherford’s own role has been hit by a shoulder injury that will keep him out of action until at least the meeting in Altenberg, Germany on 18 December. He and his team need to finish in the top 12 in at least three of the seven World Cup series events they will be competing in from November 2021 to January 2022 to make it to the Games.

Scott Young, senior vice president, content and production at Discovery Sports, said: “Greg is an Olympic gold medallist, passionate about sport, and has competed at the highest level for his country. Most recently he’s made the transition to broadcasting. Having worked closely with Greg in Tokyo and spoken to him at length since, it’s clear he is someone who still retains his competitive instinct and harbours ambitions of one final crack at an Olympic Games, albeit the Winter Games.

“Greg genuinely lives and breathes the Olympic values and it’s clear he wouldn’t entertain the idea of competing in Beijing if he didn’t believe he could be successful in achieving his goals.”