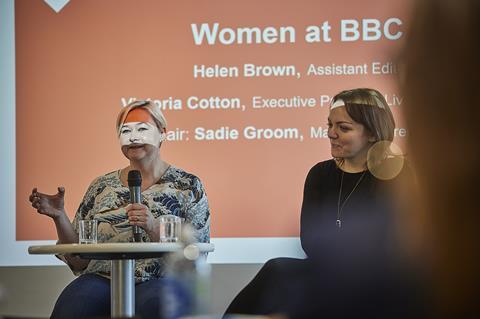 BBC Sport assistant editor Helen Brown and executive producer of live streaming, Victoria Cotton, have revealed how the broadcaster is aiming to expand its coverage to new sports and sportspeople.

Speaking at the Rise - Women In Broadcast’s Championing Broadcast Careers In The Regions event on Wednesday, 29 September, the pair revealed that new technology and commissioning plans are trying to bring new voices onto the screen.

Cotton, speaking about the technological advances coming into use, said: “Delivery by IP, delivery by 5G, this is all making it cheaper - which is important because everythng costs a lot. This is opening it up to allow more people to enjoy sports.

“For example, the first round of the FA Cup. We use a single camera and get 35,000 viewers. There’s something really great about that and being able to show it to people.

Brown added on how the broadcaster is approaching commissioning: “It’s all about the storytelling. I have a friend at the X Factor, and he says it’s about the story and not the song - and it really is.

“The last few years, we’ve really expanded the range of sports we cover, and then you’re introducing new people - which really encourages that [storytelling].”

Rise aims to support women in the broadcast industry, and the Championing Broadcast Careers In The Regions event saw mentors and mentees speaking on how the Rise programme has benefited them in their careers.

Speaking about representation at the BBC and its 50/50 project to equalise the number of men and women on screen, Brown said: “A few years back we realised that 85% of sports news was male.

Cotton said: “We’re crying out for [women’s] eyes and your skills, because you tell stories differently.”