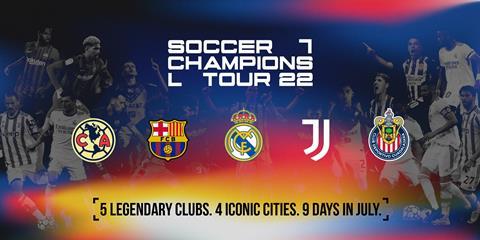 IMG has agreed a deal with sports and live entertainment company AEG to sell the worldwide broadcast media rights to the Soccer Champions Tour.

It will be the first time playing in the US for Barcelona and Real Madrid since 2019 and for Juventus since 2018.

Tom Braun, AEG senior vice president of soccer & business operations and business development, said at the launch of the tournament: “AEG is excited to launch this unparalleled soccer tour as five of the most exceptional soccer clubs in the world return to the United States this summer.

“Following several years without seeing some of these teams in the United States, we are thrilled to provide the opportunity for soccer fans in the US to once again watch their favorite European and Mexican clubs play in person.”