It will be available for £6.99-a-month through the OTT platform. 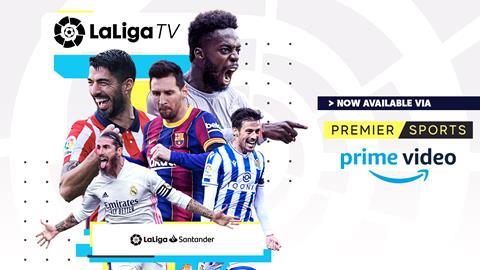 LaLigaTV has agreed a UK distribution deal with Amazon Prime Video, becoming available on the platform as a channel from this weekend.

The channel, which shows all available live LaLiga matches, more than 25 hours of weekly live studio programming and exclusive new interviews, 24/7 live and on demand, will be available for £6.99-a-month on the OTT service.

This distribution agreement lasts until the end of the 2021/22 season, and content is accessed through the Prime Video app and online. 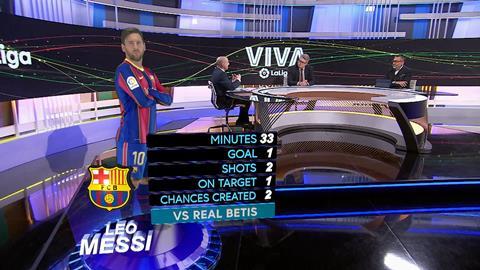 Prime Video has previously created documentaries on Spanish football icons Fernando Torres and Sergio Ramos, as well as two series of Six Dreams - a behind-the-scenes look at Spain’s top-flight through the eyes of protagonists at six different LaLiga clubs.

This does not affect LaLigaTV’s existing partnership Premier Sports, which sees the channel broadcast on linear TV and the OTT Premier Player platform in the UK. Select content is also available through free-to-air sister channel FreeSports.

After being aired on Sky Sports for many years, LaLiga decided to move to Eleven Sports in 2018. Since that deal was shortened, the competition has been aired on both ITV and Premier Sports in the UK - as well as a linear LaLigaTV channel on Sky.