Sky Sports Racing Royal Ascot plans out of the traps

Coverage will be Albert certified 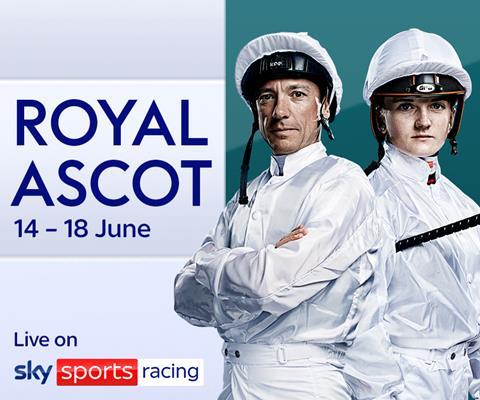 Sky Sports Racing has unveiled its Royal Ascot broadcast plans, with the event running from 14-18 June.

There will be 38 hours of live coverage broadcast from the track, supplemented by coverage on Sky Sports News with reporter David Craig. Live coverage will begin at 11am each day and will be boadcast across the United States via NBC.

There will also be a new studio for 2022, alongside flagship analysis tool the SkyPad and Hi-Motion cameras to get fans closer to the action. Sky’s coverage of the event will be Albert certified.

Champion jockey Oisin Murphy will join the presentation team as a special guest pundit, going on screen for live afternoon coverage as well as appearing on the channel’s Royal Ascot preview programming and in a course walk airing ahead of the meeting.

Pundit and analyst Kevin Blake will also be added as part of the on-course presenter team, which will be led by Alex Hammond. Hammond will present afternoon coverage alongside a roster of respected pundits including Blake, ex-Flat rider Freddy Tylicki, and former champion jockey Seb Sanders. Jamie Lynch and Jim McGrath will offer analysis from the SkyPad, with Mick Fitzgerald, Leonna Mayor and Hayley Moore providing parade ring coverage, interviews and reaction. 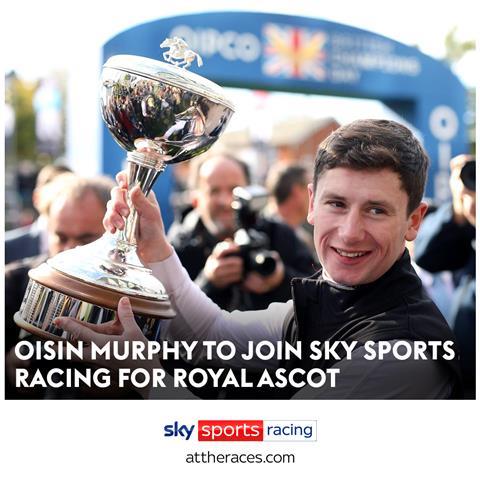 Gina Bryce and Josh Apiafi will present a preview show each morning with reporters Mike Cattermole and Zoey Bird, and there will also be international representation in the coverage through a number of overseas pundits including NBC’s Britney Eurton.

Rob Dakin, head of racing at Sky Sports Racing, said: “We are absolutely delighted to have both Oisin Murphy and Kevin Blake onboard as part of our coverage for Royal Ascot on Sky Sports Racing. The pair will join an exceptional presenter team, led by Alex Hammond, and will offer invaluable insight and opinion on all the big talking points throughout the week.

“Covering the world’s greatest flat meeting is an enormous privilege for Sky. As well as being supported by coverage on Sky Sports News, Sky Sports Racing will produce and distribute more coverage than any other broadcaster during the week, while keeping our coverage Albert Certified as part of Sky’s commitment to protecting the environment and achieving net zero by 2030.”