The competition Is aiming to engage fans despite empty stadiums. 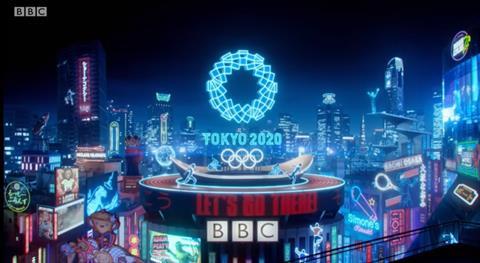 The Tokyo 2020 Olympics has unveiled a host of new broadcast innovations hoping to make up for fans being unable to attend in person.

Innovations include broadcasting live coverage and highlights on social media in several territories, various AR experiences, and the use of fan videos to bring more atmosphere to the Games.

NBC is broadcasting content to Twitch, Snapchat, TikTok, and Twitter in addition to linear and its Peacock streaming platform, while Discovery is bringing coverage to YouTube and Snapchat in its territories across Europe. Across Latin America, Marca Claro has the Games broadcast for free on YouTube, ans CBC is doing the same on Twitter for Canada. Seven is also showing their coverage on Twitter in Australia.

In addition, a host of AR experiences aim to being fans closer to the Games, including the World Lens created by the IOC and Samsung for the Olympics app. It allows fans to explore other cultures through different filters. Snapchat is using AR to encourage people to complete three exercises before a timer runs out, and Instagram will have its users attempt to copy mascots’ poses.

Finally, there are several documentary series created for the Games, including You Got This! in partnership with Toyota - which aims to show a minute in Olympians and Paralympians heads before they go into competition. There is also Unleash The New - a five-episode series going behind-the-scenes of five athletes’ journey to Tokyo.