River Media Partners will act as broadcast agent in the UK, while Eurosport will handle the global rights 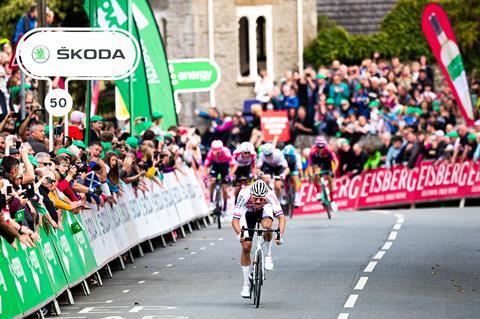 The Tour of Britain and Women’s Tour have agreed a partnership with Eurosport and the Global Cycling Network (GCN).

The five-year deal sees the Women’s Tour produced for live coverage for the first time, and the Eurosport App, GCN+ and discovery+ become the digital destination for the events in selected markets.

Eurosport will handle the rights distribution for the cycling competitions, as well as race organiser SweetSpot’s town and city centre race series, the Tour Series, across Europe (minus the UK and France), Africa, Asia, North America, Oceania and South America.

Eurosport president Andrew Georgiou said: “We’re pleased to partner SweetSpot to further expand our unrivalled live cycling portfolio. By producing the Women’s Tour for live viewing for the first time ever, we’re excited to build on our mission to bring parity to world-class men’s and women’s events for fans to enjoy everywhere.”

Hugh Roberts, chief executive of SweetSpot, added: “We’re thrilled to be working with Eurosport and GCN in 2021 and beyond to enhance the programming for our existing events and explore opportunities for growth.

“Eurosport’s and GCN’s incredible reach has helped spread the awareness of the Tour of Britain and Women’s Tour worldwide and, with the addition of the GCN+ to their portfolio, we’re confident of both enhancing our coverage of these races and creating more interactive viewing experiences for cycling fans.”

In addition, the two Tours have appointed River Media Partners as their broadcast agent for the UK and Ireland.

River Media director, Nick Chesworth, said: “We are excited to work with the experienced and innovative SweetSpot team, who, through the Tour of Britain and Women’s Tour. We look forward to making a significant contribution to the next phase in both events commercial and media development.”

The Women’s Tour, part of the UCI Women’s WorldTour, begins first this year, taking place between 7-12 June. Meanwhile, the Tour of Britain is scheduled for 5-12 September.