“Broken was compassionate, thoughtful drama – tough to watch but important and timely.” 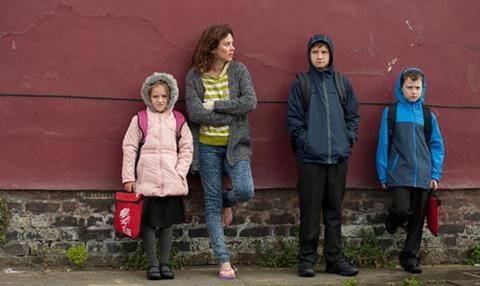 “Broken was compassionate, thoughtful drama – tough to watch but important and timely. A righteous howl of injustice on behalf of breadline Britain.”
Michael Hogan, The Telegraph

“This is a portrait of poverty in forgotten Britain which is timely, and important. Artfully put together, beautifully performed. But God it’s bruising. Jimmy’s got his misery cannon out, turned it up to 11, and he’s blasting me with it, at point-blank range.”
Sam Wollaston, The Guardian

“There was not quite enough moral dilemma here to drown out the background buzz of agitprop. Yet it was a hugely watchable picture of brokenness: a broken society; broken people.”
Andrew Billen, The Times

“This drama doesn’t succeed because of the twists and turns the story takes. It succeeds because it tells a crucial story about our society. Moreover, it asks a vital question: what is the role of faith today?”
Rebecca Monks, The i

“Like Brookside and its ancestor in Scouse-realist-misery-drama, Boys From The Blackstuff, a kind of stock package of scenes was on offer, from the indifferent job centre to the punch-up in a bookies, the rings pawned and the endless shots of those little streets that run down to the flat, grey Mersey. This isn’t new, this isn’t reinventing the format but why should the format be in need of it? Some kinds of truth never change.”
Matt Baylis, Daily Express

“This self-indulgent whinge isn’t going to get any more cheerful over the next five weeks. You might want to watch as a deliberate act of penitence, to atone for your guiltiest TV secrets — if, in moments of weakness, you tune in to The Jeremy Kyle Show and Come Dine With Me, then it serves you right to suffer.”
Christopher Stevens, Daily Mail

“The artist does his usual thing: exploring the country’s diverse identities and tribal loyalties, then putting what he finds on pots. Again, it works. He is very good at getting people – from Brexit bikers of Boston to Stoke Newington’s remoany yoga yummy mummies – to open up. The result is interesting, too – two pots that aren’t as different as you might think.”
Sam Wollaston, The Guardian

“The conclusion of Grayson Perry’s artistic exploration of the tribalism that accompanied the Brexit vote moved some of his subjects to the point of tears, and struck me with the punch of original insight. Perry’s television programmes are great because they dare to reach conclusions that rise to artistic statements.”
Andrew Billen, The Times

“As a presenter, I find Perry a constant surprise. Here, he was equally unpredictable, almost admiring of those who were desperate to hang onto their little patch of England. The end result was lovely – vibrant, enigmatic, strange – but I would like to have seen more of Perry at the wheel.”
Ben Lawrence, The Telegraph

“Gathering up the thoughts, images and feelings of Leavers and Remainers alike, he proved to be a fair-handed interviewer, aiming at the heart of what people really felt, rather than sneering or assuming or pushing his own agenda.”
Matt Baylis, Daily Express