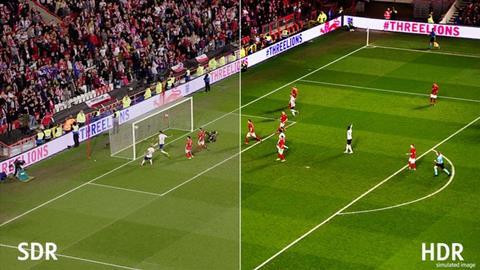 BT said the service will soon extend to other BT Sport customers, such as EE 4G pay monthly customers and those who watch via the BT Sport App or via Sky.

BT Sport’s first live match in HDR will be this Sunday’s FA Community Shield clash between Liverpool and Manchester City.

Pete Oliver, managing director of marketing at BT’s consumer division, said: “The launch of BT Sport Ultimate means BT is first to market with the launch of a new innovation, allowing our customers to take the sports viewing experience on mobile to a level unmatched anywhere.”

News of the channel launch came as BT Sport also refreshed its Saturday programming line-up and announced a number of new presenters and pundits.

Kicking off Saturdays on BT Sport will be new show Early Kick Off. Hosted by Jake Humphrey, Jules Breach and Robbie Savage, the 10am to midday show aims to set the agenda for the weekend to come.

- 2.45pm: BT Sport Score, the goals, news and analysis from the studio sofa

- 7.30pm: live show wrapping up all of the goals from the Vanarama National league –the earliest Saturday evening highlights show in the UK