Channel 4 was the big winner at this year’s Broadcast Digital Awards, walking away with eight prizes including Channel of the Year for E4. 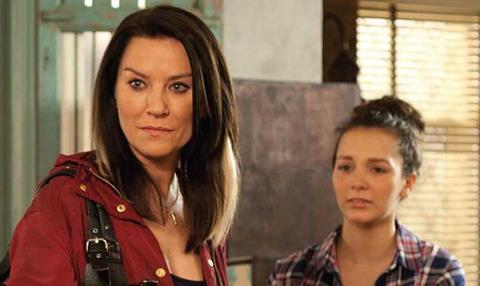 The latter outmuscled competition from CBBC, BBC3, Dave, Discovery and Sky Atlantic to land the gong, with shows including Bad Robots, Glue and Troy helping it secure a 2% viewing share in 2014.

During the event, held at The Brewery and hosted by The Last Leg star Josh Widdicombe, E4 also won Best Entertainment Channel and Best Acquisition for drama The 100.

Hollyoaks’ use of messaging service Snapchat helped the soap pick up the Best Social Media and Digital Marketing award.

Elsewhere, C4’s Stand Up To Cancer game Reverse the Odds won two prizes in the multiplatform categories, as did entertainment format The Singer Takes It All.

Vice held on to its Best Original Web Channel crown with a victory for Vice News and also scooped Best Popular Factual Programme for The Islamic State.

Best App or Website for Programmes
The Singer Takes It All App (Endemol, Chunk and Tectonic Interactive for Channel 4)

Best App or Website for Channel, Strand or Genre
Stand Up and Be Counted (Sky News)

Best Multiplatform Content
The Singer Takes It All (Endemol, Chunk and Tectonic Interactive for Channel 4)

Channel of the Year
E4