Call the Midwife; Vera; Is This Sexual Harassment? 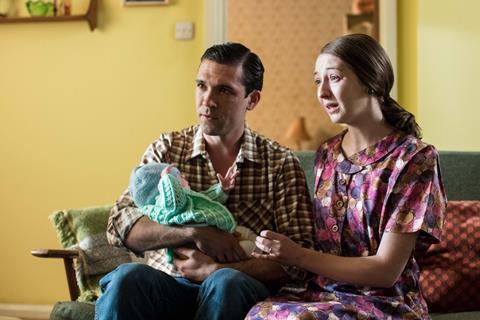 “January can be a depressing month so thank the televisual deities for Call the Midwife, which was back to beam some period East End warmth into our living rooms. I counted a mere 13 minutes before the first bleat of a freshly delivered infant was heard and a soppy grin spread across my face.”
Michael Hogan, The Telegraph

“Call the Midwife is the iron fist in a cotton-wool glove: it delivers brutal stories and brutal politics in a deceptively gentle way so that suddenly — bam — you’re wading through extreme poverty or incest or what happens to women when they can’t access abortion legally, when 30 seconds ago it was all about Fred Buckle’s trousers.”
Carol Midgley, The Times

“It was good, solid Sunday night stuff and writer Heidi Thomas is keeping the quality control steady. But, before things grow simply too predictable to bear, it might be better for all concerned to bow out on a high.”
Jeff Robson, The i

“Vera is a drama that chugs away quietly being good at its job, but never gets much attention. It wouldn’t be anywhere near as watchable, though, without the class act that is Brenda Blethyn.”
Carol Midgley, The Times

“At a ‘feature-length’ two hours, my goodness, it dragged. Six ad breaks came and went while my eyelids grew heavy. This was Death in Paradise without the Caribbean sun or Midsomer Murders without the camp fun.”
Michael Hogan, The Telegraph

“This slow-paced detective series has never been one of my favourites. But formulaic crime drama isn’t so bad on a lazy Sunday evening. It’s Vera herself I don’t like. That querulous voice, aching with concern, rubs me right up the wrong way.”
Christopher Stevens, Daily Mail

“It was all a bit too familiar and for all the classy performances, tight writing and atmospheric direction, its success depends on how comfortable you are with watching an obvious formula play out. Judging by the series’ enduring appeal, quite a few people are.”
Jeff Robson, The i

Is This Sexual Harassment?, BBC3

“The setup of Is This Sexual Harassment? was a brilliantly simple way to stimulate discussion and interrogation of this endemic workplace problem. What followed was an object lesson in subjectivity.”
Lucy Mangan, The Guardian