Canadians on hunt for UK co-pros

Canadian producers are looking to ramp up the number of non-scripted co-productions they develop with British indies. 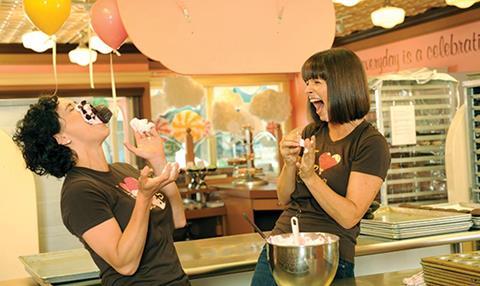 Canada House, the venue for last week’s networking event between UK and Canadian production companies, is an impressive, newly refurbished Grecian revival on a prime corner of Trafalgar Square.

As the delegation, comprising of eight companies from British Columbia, discussed the success of hit shows such as The Great British Bake Off and Educating Essex with their UK equivalents, the venue stood as a reminder that this nation quietly does big business.

While Canada’s success in animation has been well documented - the Great White North supplies an estimated 80% of all US animated content - this year’s trade visit was focused on whipping up co-productions that could become the next reality hit.

As companies such as Paperny and Force Four Entertainment searched the art-filled room for like-minded Brits, the delegation’s leader, Liz Shorten from the Canadian Production Association, espoused the mutual benefits of co-production.

“There are lots of shows that resonate in both territories - especially around the common themes of food, contest-based shows, DIY and real estate,” she says.

Shorten adds that the Vancouver-based companies producing this factual output are also experienced global players well-versed at producing and co-producing formats for the international market.

Great Pacific Media (GPM) sold blue-collar worker show Highway Thru Hell into over 170 territories while Force Four Entertainment’s Border Security has been sold to Sky in the UK.

According to GPM chief executive Mark Miller, Highway Thru Hell (pictured, below) performed so well for National Geographic in the UK that the broadcaster is currently in talks with the Canadian indie on how it can repeat this success on a European-set show.

Miller is also looking for co-production opportunities with UK indies - not only to broaden the budget but also to gain access relationships with British broadcasters.

There has been a period of consolidation among Canadian media firms in recent years; broadcaster Astral Media sold its assets to Bell Media, while GPM was recently bought by the rapidly growing film and television company Thunderbird and Entertainment One has been acquisitive.

This is driving producers to look elsewhere for commissions.

“As well as network consolidation, we’re also seeing SVOD services taking away viewers which affects market share. For us that that means fewer hours to sell our shows to domestic broadcasters, so we’re stating to looking further afield.”

In Canada, viewing habits are changing fast with some viewers already ditching their cable and satellite subscriptions in favour of cheaper online streaming services such as Netflix or the Canadian-owned Shomi.

Miller adds however, that the emergence of new players does have its advantages. “We just sold Highway Thru Hell to Netflix in the US and are getting tons of feedback, more than we can handle but we’re glad that it’s having an impact.”

According to Shorten, who is currently compiling an international database of online VOD buyers for her members, the relationships that GPM and other British Columbia production companies are forging with OTT platforms such as Netflix and Amazon is another good reason for UK indies to do business with Canada.

Other Canadians flocked to talk reality under the Canadian Embassy’s eye-catching light installations because of the success they’ve enjoyed already with UK formats and the hope of extending this into much-needed IP.

“We’d like to make our own shows with our own IP working with Britain to bring our ideas to the UK and to keep making Canadian versions for British shows too, because they’re great,” he says.

Force Four hit series Cupcake Girls has already sold to Discovery UK, and Ritchie says that his dream would be to take a cookery show like Bake Off to Canada and then make it for the US market, as the company did with Border Security.

Paperny Entertainment, which has enjoyed success on Brit formats such as the BBC’s The Week the Women Went, is also looking to broaden its output beyond making UK shows for the Canadian Market.

Romney Grant, the company’s vice president of business affairs - and a big fan of Twofour’s Educating Essex series - adds: “The purpose of this trip was to meet some UK producers and broadcasters, to see what they’re looking for and to understanding what a co production deal might look like.”

Shorten says that her delegation has received overwhelming interest from UK indies, who are also be attracted by Canada’s generous co-production treaties.

“The first is the to make shows we wouldn’t otherwise be able to make - because we can bring our broadcaster relationships to the table and so can our Canadian production partner and you can deliver a high quality show where no one is having to put in a frightening budget.”

The second advantage, he adds, is access established production facilities. “They are substantially cheaper and still allow us to deliver at the same quality. We use a lot of drama reconstructions and they need to look American which is more cost effective to do in Canada than the US or the UK.”