Cannabis – Miracle Medicine or Dangerous Drug?; Who Do You Think You Are? 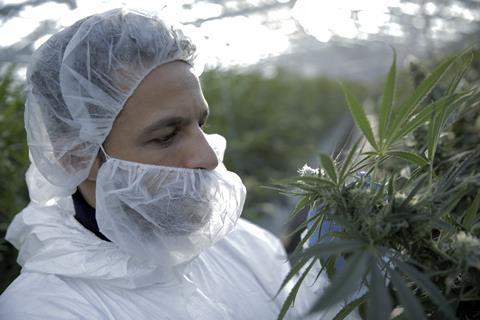 “A lively, informative, educational documentary, compassionate and curious – another feather in Javid Abdelmoneim and Horizon’s cap and, let us hope, another strut of support in the campaign to allow patients more and better access to their drug of last resort.”
Lucy Mangan, The Guardian

“For those with limited medical knowledge, what felt missing from this overview was a sense of how cannabis has become a last-ditch panacea for such a wide array of ailments. But it can clearly make all the difference.”
Jasper Rees, The Telegraph

“For his thought-provoking Horizon documentary, Dr Javid Abdelmoneim signed up for a trial that involved getting stoned. The lack of a conclusive answer had nothing to do with his partaking of the demon weed. More research is required. Any volunteers willing to take a hit from the bong for the good of humankind?”
Joe Clay, The Times

“More pioneering research from the BBC’s Asinine University of Needless Tests and Inept Experiments (Auntie), as Dr Javid Abdelmoneim blew a stash of licence-payers’ cash to find out what would happen if he took bagfuls of illicit drugs. The less-than-astounding results were revealed at the end of an hour-long Horizon documentary. All the evidence Dr J could find was strictly anecdotal.”
Christopher Stevens, Daily Mail

“Danny Dyer’s episode is widely regarded as the jewel in the crown of the genealogy series. For pure entertainment, I would concur. However, the quiet intimacy of last night’s episode featuring the comedian Paul Merton felt like a truer reflection of what the series should be about.”
Joe Clay, The Times

“Even for a format which demands it, Paul Merton spent an unusual amount of time mutely absorbing the words of sundry Irish historians. He didn’t cry, but nor for once did he make us laugh.”
Jasper Rees, The Telegraph

“It was all brutally cruel, too hard to be entertaining. The only gentle moments came as Paul thumbed through a family album, reminiscing about his parents.”
Christopher Stevens, Daily Mail