TV Critics: Catching a Killer; This Was My Dad; How to Retire at 40

“This was a chilling tale, grippingly told.” 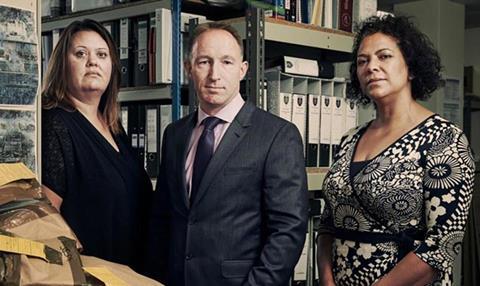 Catching a Killer: The Wind in the Willows Murder, Channel 4

“Television can’t get enough of real-life murder. But when they’re good, they’re very, very good. This was a chilling tale, grippingly told. Almost worthy of Morse, in fact.”
Michael Hogan, The Telegraph

“Blow-by-blow anatomies of criminal investigations are all too common on TV. But it was the involvement of Danaher’s family that brought a unique human light to this tale of greed and tragedy. Catching a Killer was a strange reminder that even murderers can be humane.”
Daisy Wyatt, The i

“It’s a gruesome story, with a moment of light from an unexpected source, Danaher’s remarkably mature 14-year-old son, Ryan. Not sympathy, understanding or excuses for his father the murderer, but love.”
Sam Wollaston, The Guardian

“While once again showing that nothing is more gripping than real-life police going about their real-life police work, the Thames Valley cops in the sombre Catching a Killer: The Wind in the Willows Murder seemed amazingly unaffected by the cameras following their every move. Not for the first time with this strand, I wondered how the camera was there, hovering and eavesdropping at every stage of the case.”
James Jackson, The Times

“As a viewer, it is hard to watch an unfolding investigation without expecting to be entertained. There were no maverick cops, no massive final twists. Oxford’s detectives got their man early on and from that point it was about gathering evidence to make the case stick. That is not to say the case lacked hidden layers though.”
Matt Baylis, Daily Express

This Was My Dad: The Rise & Fall of Geoffrey Matthews, BBC4

“It’s brilliant – intimate, honest, touching, original, brave. It’s sad, of course, because it’s about someone’s death, but the feel of the film is not one of despair and hopelessness. It’s love and the importance of families, in spite of all the difficulties and complexities that come with them.”
Sam Wollaston, The Guardian

“IThis kind of intensely personal cinéma vérité can only be as interesting as its subject, and Geoff Matthews was certainly a character. When the film dealt directly with Geoff — whether lying on the floor, ruined on vodka and crying with regret, or, later, spluttering as he lit a pipe through his emphysema — you couldn’t take your eyes off the screen.”
James Jackson, The Times

“This featherlight programme threw all the tricks of the factual TV trade at the screen – statistics, surveys, vox pops, video diaries, purposefully walking while talking to camera – in a futile bid to cover its flawed premise. It resulted in more of a guide to bagging bargains than retiring early.”
Michael Hogan, The Telegraph

“The show’s researchers must have taken the work-free ethic to heart, because they had put no effort whatever into planning this one-off documentary. It was a ragbag of half-told stories, padded with random snippets and unfinished ideas.”
Christopher Stevens, Daily Mail