Young children with physical diffi culties who want to use computers have been given a helping hand with Switch
technology. 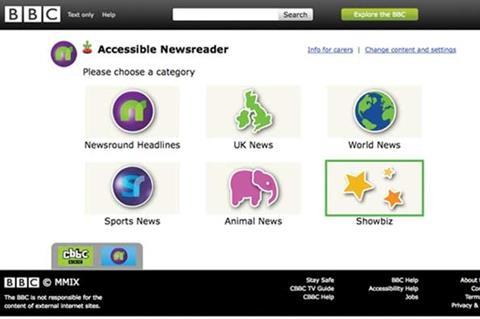 By pressing large buttons, using motion sensors or even blowing into tubes, the hardware links via a USB stick to a key on a keyboard.

Typically, this has been used on a bespoke basis for very basic information aimed at pre-schoolers.

Two years on, the CBBC Accessible Newsreader has launched and is in line for an award from disability campaigner RADAR, where it will go up against ITV’s site for deaf children, SignPost.

“Seeing autistic kids now able to cope well with the content was quite unexpected and rewarding, and we’ve been told that it is already being used in lesson plans,” Hamilton said.