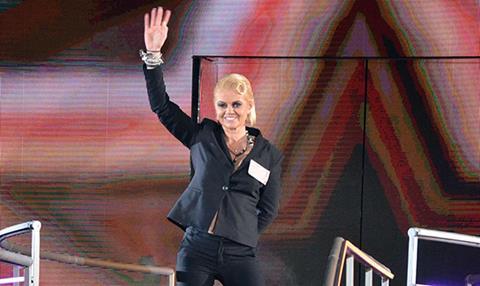 The live launch of the Endemol Shine format opened its door to celebrities including Angie Bowe, Danniella Westbrook and Darren Day.

The format was also the second most-watched show on at 9pm, after Silent Witness continued on BBC1 with 6.7m (28.5%).

The three-hour special, which featured guests including Jack Whitehall and Richard Ayoade, was well down on the 2.6m (13%) who tuned in for the Big Fat Quiz of the Year on Boxing Day.

However it outperformed the channel’s slot average of 1.6m (7.6%) for the past 12 months, according to Barb data provided by overnights.tv.

It also saw off competition from ITV and BBC2.

Opposite, BBC2 aired the opening episode of its three-part in-house production fronted by choreographer Jack Murphy. You Make Me Feel Like Dancing, in which Murphy attempts to reopen a Bolton dance hall, entertained 1m (4.4%), well below the 1.7m (7.9%) slot average.

Wall to Wall’s three-part baking documentary transported an audience ahead of the 2.2m (10.1%) who tuned in for the Back In Time for Christmas opener in December.

From 8.30pm to 9pm, North One Television’s Travel Man returned to C4 for its second four-part run and drew its biggest audience to date for a trip to Austria.