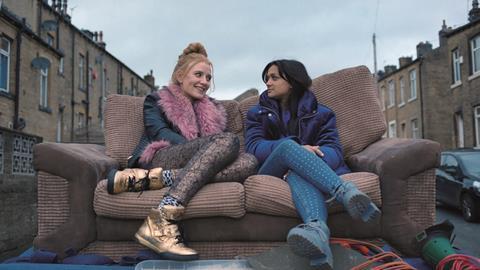 There’s a saying that ignorance is bliss – but it can be painful, too. Channel 4 has cultivated the 16 to 34 year-old audience assiduously over the years, but the demographic is watching less and less linear TV and spending more time on YouTube, Netflix and Instagram.

So how will they ever know about the edgier end of C4’s content? What if they don’t know what they are missing?

To its credit, C4 has not had its head in the proverbial linear TV sand. It’s been building an online and on-demand presence for some time, which is starting to pay off, and pumping more money into E4 in an attempt to better serve young audiences.

Plus, it’s added Vice programming and Turner’s Adult Swim to its All 4 VoD service and has struck new terms of trade that will allow it to offer a greater range of box sets.

On top of all that, last week it revealed a £1m-plus teen strand of programmes targeted at 13 to 16 year-olds for distribution on YouTube, Instagram and other social media platforms.

“All 4 viewership shot up by a record 26% last year to reach almost 1 billion views, the highest year-on-year growth since 2010”

If that works, it will help youngsters appreciate that C4 is relevant to them and promote the C4 brand. The hope is that they will then graduate to watching All 4 – and perhaps even the linear channels, too.

The push on C4’s All 4 suite of non-linear products is working: viewership shot up last year by a record 26% to almost 1 billion views, the highest year-on-year-growth since 2010.

This also grew VoD commercial impacts, which, along with the positive effect of having a hit with the film Three Billboards Outside Ebbing, Missouri, through Film 4 Production, more than offset the 0.9% fall in C4’s linear TV advertising in 2018.

That said, at C4’s recent Upfronts at the Camden Roundhouse, chief commercial officer Jonathan Allan admonished the advertising community, suggesting that given the strength of VoD viewing on All 4, the amount of VoD advertising is still “behind the curve”.

To that end, he announced Agora, a project that will, for the first time, let advertisers match their own custom audience segments across C4 platforms with the first-party data of the 20 million All 4 registered users.

The fact that it will be cookie-less and GDPR-compliant is a slap at Google and Facebook, which offer similar audience targeting, but with many more issues about advertiser brand safety.

On top of that, C4’s new terms-of-trade deal with Pact gives it the option to box-set as much of its new content as it chooses on All 4, appealing to younger viewers who have become used to Netflix-style programme releases.

All this is about strengthening C4’s remit with a focus on younger viewers. But here’s another thing: given a prominent speaking slot at the C4 Upfronts last week, Claire Enders of Enders Analysis told C4 advertisers to “treasure the over-40 viewers” because they not only “love broadcast TV” but also represent 60% of all income and expenditure in the UK.

C4 has not announced a pivot to embrace a slightly older viewer but there would be a certain pragmatism to such a move. 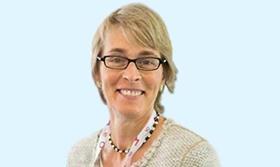 The broadcaster could pursue younger-skewing content to seed across the web and splash all over All 4, and put shows for 40-year-olds at the heart of the linear schedule, especially given its dependence on TV, as opposed to online, advertising – at least for the time being.