“Sick, puerile and full of childish toilet humour. Thank you, Charlie Brooker, for making me laugh” 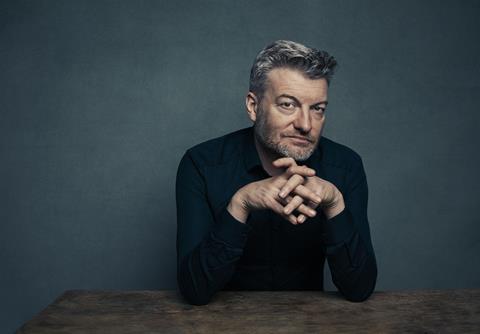 “Brooker is never more comfortable than when expressing incredulity at the ridiculousness of people, himself included, and of course this turns out to be the perfect time for it. Any worry that the news might be beyond satire, that the situation is simply too dire for anyone to mine it for humour, is quickly dispensed with. I suspect I might never see Matt Hancock again without thinking of him as “your sister’s first boyfriend with a car”, or Chris Whitty as “Tintin prematurely aged after watching his dog drown”.”
Rebecca Nicholson, The Guardian

“Sick, puerile and full of childish toilet humour. Thank you, Charlie Brooker, for making me laugh in a week when I really didn’t think it possible (did I mention my dog had died? Best not get me started). The crisis is so ripe for satire that Brooker probably didn’t even have to try that hard; the material is all there, begging to be spoofed.”
Carol Midgley, The Times

“While I appreciate this show was created more on the hoof than any other series of Screen Wipe, it felt as though Brooker tried to fit too much in to only a short amount of time. Perhaps, though, that is a well-made point in itself - the world has changed so much since it was last wiped down that Brooker had no time to languish in laughter.”
Emily Baker, The i

“John Altman (aka Nasty Nick from EastEnders) got very stressed and emotional making a meal, Zandra Rhodes’s eyeshadow is possibly visible from space, while Barbara Dickson barely gets a look-in, so I think it’s likely that Henry “Blowers” Blofeld will emerge as the viewers’ favourite for his cheerful poshness and repeated use of the phrase “My dear old thing”. When he watched a local cricket match and started commentating on it, as he did for a living, local men stared agape as they recognised his voice. “We grew up listening to you,” they said in wonder. This was what the youth call a “pure” moment.”
Carol Midgley, The Times

“The pretence of this show is that the celebs are investigating India as a possible place to spend their retirement, so they sample the street food, pet sacred cows and visit temples. But actually India is a distraction. The pleasure of the series is in getting to know the retirees.”
Christopher Stevens, Daily Mail

“An Anglo-Spanish cast spouting stilted dialogue. Writers who seem to be making it up as they go along. A sun-drenched setting failing to compensate for copious plot problems. Si señor, Ibiza crime saga White Lines (Netflix) is essentially Eldorado for millennials.”
Michael Hogan, Telegraph