“Sky’s best home-grown production to date, and one of the best television dramas so far this year” 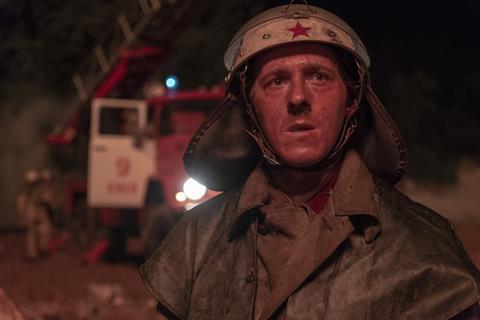 “This is Sky’s best home-grown production to date, and one of the best television dramas so far this year, an anatomy of a disaster that fascinates as it appals: hypnotic, terrifying, yet all too human.”
Benji Wilson, The Telegraph

“This was an hour of uncommonly grim intensity, a drama serial without any need for twists and red herrings — and, yes, bleak barely covers it. Watching Chernobyl’s children play obliviously in the deadly falling ashes could be the queasiest scene of the year so far.”
James Jackson, The Times

“Chernobyl is like the 80s nuclear horror-drama Threads crossed with the disaster-movie classic The Towering Inferno – but delivers neither the shocking realism of one nor the schlocky flair of the other. It is – at least so far – a confusing sprawl for anyone not au fait with the details of the catastrophe itself, the workings of nuclear reactors generally, or with a very good eye for faces obscured by dust and smoke, and a knack for remembering complicated names drowned out by the sound of reactor cores exploding.”
Lucy Mangan, The Guardian

“The finale of the dim (literally speaking) medical whodunnit Trust Me wrapped things up in predictably Scooby-Doo fashion. Absurd as all this was, the show did manage, by contrast, to cast the actual NHS in a glowing light.”
James Jackson, The Times