On the surface, Ozersk in the southern Urals is a little slice of Russian paradise. 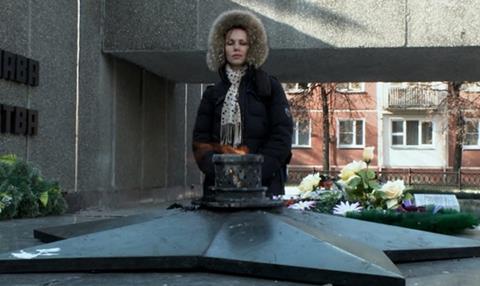 On the surface, Ozersk in the southern Urals is a little slice of Russian paradise. The streets are lined with leafy trees, supermarket shelves groan under the weight of tempting food and there is an abundance of sports facilities and cultural activities. The price for this life of privilege is paid in premature deaths, contaminated rivers, radiation poisoning and forbidden contact with the outside world. In City 40, director Samira Goetschel delves beneath the secret surface of this “closed city” to shed light on some dark corners of the Cold War, and the human casualties who have been hidden from public view. The result is an informative, melancholy documentary with an eye for local detail and the chilling bigger picture.

Mayak was the Soviet equivalent of the Hanford nuclear site in America and Ozersk - known as City 40 - was the closed city that grew up around it to house workers, scientists and their families. Before 1994, it did not appear on any maps and had no legal status in the old Soviet Union. Visitors were unwelcome, and families who relocated there were considered to have simply disappeared. In the Stalinist era of labour camps, food shortages and police surveillance, however, it is also too easy to see the appeal of the idyllic Ozersk, especially as the early citizens also felt they were doing their patriotic duty by providing the country’s nuclear shield. Workers would handle plutonium with their bare hands and beer was said to have a cleansing, therapeutic effect for those who had suffered from exposure.

Goetschel has built her documentary around secret filming within the city and an impressive collection of vintage footage from the Soviet archives, including Lavrentiy Beria visiting the construction of the area in 1947. Archive footage also allows the film to sketch the key dates in the escalating nuclear arms race from Hiroshima in 1945 to the first Soviet nuclear bomb test in 1949, the first American thermonuclear bomb test in 1954 and so on.

Human rights lawyer Nadezhda Kutepova and journalist Sergei Kirillov are among the modern day residents of Ozersk who agree to go on camera to discuss the long-term consequences of the city’s key role in the construction of a nuclear arsenal. Kutepova works for the Planet of Hopes organisation, fighting an uphill legal battle to secure some form of compensation for residents of Ozersk who are now served by the most contaminated water supply in the world and face an endless succession of deaths from carcinogenic diseases.

Things appear to have worsened still during the Putin era, as even basic attempts to monitor and combat local pollution levels have been abandoned. Lake Irtyash is now known as the ‘Lake Of Death’ and the threat of a Chernobyl or Fukushima-style accident is frightening.

City 40 covers a good deal of material in a sober, journalistic manner with the beauty of some of the locations offering a natural contrast and commentary on the state of siege in which the citizens exist. The film has a brevity that leaves you wanting to know more, and delving further into the conditions in a similar  American closed city might have proved fruitful. The wider symbolic significance of City 40 in the nuclear age is underlined by a long list of other “closed cities” that exists within Russia and around the world. The lasting impression from this moving eye-opener is that Ozersk is just the tip of a global iceberg.