“This is television for people who find Big Brother too intellectually demanding.” 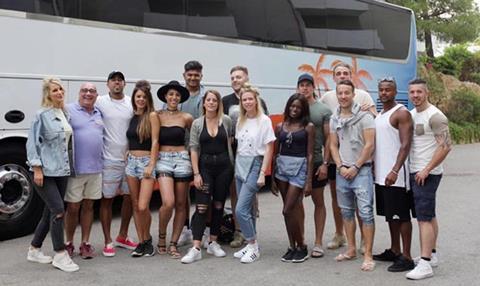 “There’s something of the cut-and-shut about this incarnation of Coach Trip, something not right in the sandwiching together of old-style TV and its more youth-focused offspring. It’s like The Only Way is Antiques Roadshow, or Songs of Praise: Grime Edition.”
Rebecca Nicholson, The Guardian

“This is television for people who find Big Brother too intellectually demanding.”
Christopher Stevens, Daily Mail

“This has been a fascinating series, even if it sometimes felt like the muscular Andy Torbet — ever keen to strip and dive — and Dr Shini Somara were there more for the benefit of an 11-plus audience.”
Jamie Jackson, The Times

“This concluding episode felt a smidgen stretched at an hour. Still, the rugged scenery was ravishing and the people wholesomely ruddy-cheeked.”
Michael Hogan, The Telegraph

“It is one of the finer examples of the panel show genre. That is, perhaps, because at the same time as trying to tickle its viewers’ ribs it leaves them with a smattering of extra knowledge. This is considerably more satisfying than watching comedians laughing at one another’s jokes.”
Matt Baylis, Daily Express

“To celebrate their 1,000th edition, Richard Osman and his co-presenter Alexander Armstrong had swapped places. But even though they got all their lines in the right order, it didn’t really work. Of course, this was a one-off, a jape, but not one that any Pointless fan would be anxious to see repeated.”
Christopher Stevens, Daily Mail