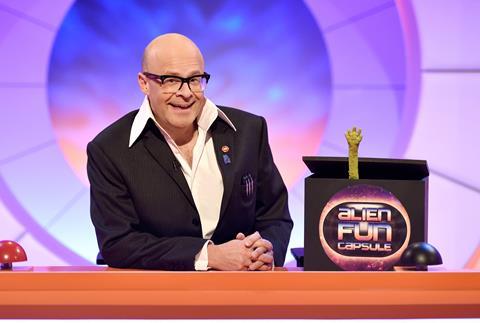 Harry Hill is to film a pilot with comedian Jennifer Saunders for a BBC studio sitcom next month.

The one-off, billed simply as The Harry Hill Sitcom on audience ticketing sites, will be filmed at London’s Pinewood Studios on 11 July. It casts Saunders as Hill’s mother, with the producers referring to it as a “brilliantly mad story… with an all-star cast”.

Hill’s indie Nit TV, launched last year and backed by A League of Their Own indie CPL Productions, is producing.

Launching soon! Broadcast Intelligence will list the commissioning details of over 11,000 UK productions. Register your interest at www.broadcastintel.com

Hill is also exec-ing on BBC3 Comedy Slice pilot Tash and Ellie, also from CPL, which stars Natasia Demetriou and Ellie White as a double-act attempting to reflect the role of women in modern society.

It was announced as part of a wide-ranging BBC comedy slate last week.

Hill is also behind, and will appear on, the panel of The Remote Controller, an Alan Carr-fronted Dragons’ Den TV pitching-style format for Channel 4.