“This series should be essential viewing for voters ahead of June’s snap general election.” 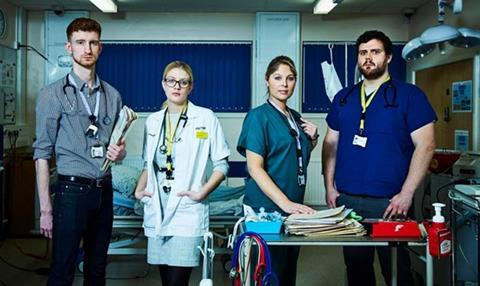 Confessions of a Junior Doctor, Channel 4

“While Confessions did not possess the drama of the BBC’s Hospital earlier this year, it made the same depressing point. Perhaps our just-about-managing health service will be addressed in the next seven weeks, or perhaps our leaders will prefer to talk hard and soft about we-all-know-what.”
Andrew Billen, The Times

“This series should be essential viewing for voters ahead of June’s snap general election. It laid bare the crisis within the NHS, and it is impossible to imagine how the organisation can survive in its current state.”
Chloe Hamilton, The i

“The experiences of the three young medics featured in this opening episode were simply intolerable. Confessions of a Junior Doctor balanced politics with human stories, and it rang with a truth of experience that no politician’s waffle could hope to counter.”
Gerard O’Donovan, The Telegraph

“Confessions of A Junior Doctor, despite a title that sounded like it ought to contain Robin Askwith and a lot of double-entendres, made a strong case for valuing and trusting these foot soldiers of our embattled NHS. An NHS that has committed, well-educated young women wanting to spend their time with the terminally ill is an NHS with a great future, to my mind. Let us hope it gets one.”
Matt Baylis, Daily Express

“At the start of the programme, we are told that being a doctor requires courage, but if I were to choose a crucial skill that today’s doctors need it would be patience. Patience to work harder and longer hours for less pay. Patience to deal with a tabloid press obsessed with denigrating our every move. Patience to be ruled by a government whose only innovations are the myriad of ways they rebrand cuts. I worry, though, that our patience is running out.”
Tamal Ray, The Guardian

“It was a desperate tale, relevant to the present talk about mental health. However, with Darren’s widow understandably — particularly given her evasiveness with the police — declining to be filmed, we did not get all of it.”
Andrew Billen, The Times

“This story had more twists than Line Of Duty. How much Darren’s young wife really knew, the police couldn’t decide — and she declined to face the cameras. All very intriguing.”
Christopher Stevens, Daily Mail

How to Live Mortgage Free with Sarah Beeny, Channel 4

“This was a show that had plenty of charm and optimism. It’s just that almost all these stories could have been more interesting, and useful, had the enormous effort involved been presented more realistically.”
Gerard O’Donovan, The Telegraph

“The format is slow but entertaining. It lacks the rapid-fire appeal of Eggheads, which precedes it in the schedules, but there is fun in watching the panel talk themselves into uncertainty.”
Christopher Stevens, Daily Mail