Copa90 launches first podcast with Football Inside Out 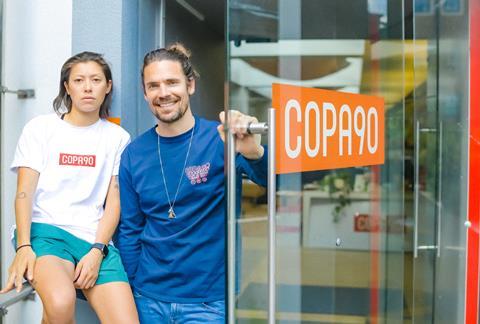 Copa90 has launched podcast Football Inside Out as part of new focus on audio for the football media business.

The first episode of Football Inside Out will launch with a focus on the women’s game.

Episodes will be co-hosted by Copa90’s Monki, a DJ and footballer for Dulwich Hamlets, and Heath Pearce, COPA90’s creative lead and former US national team player (pictured above).

The podcast, a first for Copa90, is part of a longer-term audio strategy for the brand – with ‘Football Inside Out’ continuing to be broadcast post the World Cup, with a focus on players, teams and leagues of both the men’s and women’s game.