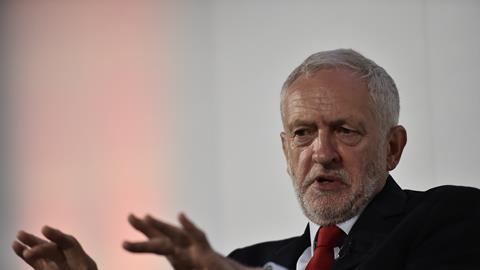 Two high-profile Jewish industry figures have written to the Edinburgh TV Festival to complain strongly about the booking of Jeremy Corbyn amid the ongoing accusations of anti-Semitism against the Labour leader.

The emails are understood to have expressed shock at the festival’s disregard for the strong feelings around the anti-Semitism row, and to have called for a more interrogative, balanced session chair than actor Maxine Peake, who is a prominent Corbyn supporter.

Land told Broadcast: “I’ve never felt as frightened as I do about being Jewish in Britain today, but if you’re not Jewish, you just don’t understand that. It’s such an insensitive booking for so many people at the festival, and Michael and I are raising issues that others just can’t.”

Edgar-Jones responded to Land and Foster’s concerns ahead of the session, clarifying its form and noting that there would be questions from the floor.

He wrote: “I am sure those present will have their own views in response to the session, and to wider issues in the Labour Party, and will be able challenge and debate accordingly.

“In the context of the TV Festival, focussing on uncovering the views of the Leader of the Opposition in relation to our industry is, I feel, a legitimate and important thing to do.”

There were a wide range of views expressed about Corbyn’s booking by Jewish delegates.

One exec was “furious”, arguing: “Do you think he’d be speaking if the row was about Islamophobia, or about racism towards the black community? It’s an example of the industry not taking anti-Semitism seriously.”

In contrast, a prominent Jewish producer said: “What an over-reaction. I was speaking about this to my rabbi, and he suggested we all grow up and move on.”

Another said: ”I have no problem with Corbyn being given a platform but he should have been interviewed by a journalist rather than a fully-paid Corbynista. Anti-Semitism is the biggest isssue facing the Labour party at the moment, and he should have been taken to task.”

In the session, which took place at 9.30am this morning (23 Aug) Corbyn floated several very radical ideas such as the creation of the British Digital Corporation to sit alongside the BBC and regulation of press ownership.

After a gentle Q&A from Peake, Corbyn took questions from the floor the topic of anti-Semitism was quickly raised.

Asked whether his proposals to reshape the media were retribution for coverage of the anti-Semitism row, he responded that he had “spent his life fighting racism in all forms” and that he and the Labour party were committed to the eradication of anti-Semitism.

ITN Productions boss Chris Shaw, who identified himself as the son of a Holocaust survivor, asked Corbyn whether it was legitimate to compare the state of Israel to Nazi Germany. The Labour leader said doing so was “completely out of bounds and I would never do that.”

He added: “I want to have the ability to have a legitimate debate about Israel’s relationship with Palestine and its policy in relation to Gaza and the West Bank settlement, but that must never be in an atmosphere or using the language of anti-Semitism.”