“Rather cleverly, the plotting is so random that it is difficult to know whodunnit, which keeps you watching until the end” 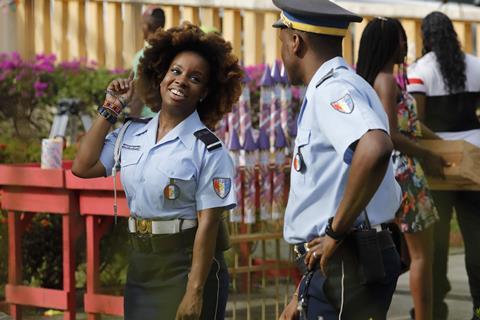 “Yes, you can be sniffy about this show, happily ambling along since 2011 under a succession of different detectives. But is it possible to dislike it? It is undemanding, inoffensive tosh. Rather cleverly, the plotting is so random that it is difficult to know whodunnit, which keeps you watching until the end. Other police dramas are more thrilling. But you wouldn’t want to live in them.”
Anita Singh, The Telegraph

“Ardal O’Hanlon has chosen to leave the show. He has done well as DI Jack Mooney, a talented detective and jovial soul with a quiet sadness at his centre. His tendency to under rather than overact has been a bonus in a series that can be as subtle as a flying house brick. But it knows it and rather enjoys its old-fashioned archness, which somehow makes it all fine.”
Carol Midgley, The Times

“The princess of Saint Marie is novice cop Ruby (Shyko Amos) who happens to be the commissioner’s niece and thus can do no wrong. Since she arrived at the Caribbean police station on Death In Paradise last year, she’s breathed new life into the show. Sam West and Ade Edmondson were having huge fun as murder suspects, with hammy voices and big, flamboyant gestures. I suspect they were trying to make each other laugh.”
Christopher Stevens, Daily Mail

“There were no great or original insights. One inmate occupied most of the hour, far-Right figurehead Tommy Robinson. Producers must have been unable to believe their luck that they had access to a famous face It verged on positive publicity, although Robinson cut a laughable figure, bleating on about the awfulness of solitary confinement from a cosy little cell stocked with a TV and chocolate eclairs.”
Anita Singh, The Telegraph

“The worst part of Naked Attraction is that it is entirely devoid of humour. Yes, people make ‘jokes’ and affect to laugh, but it’s all contrived and dead behind the eyes like the ‘humour’ in Blind Date.”
Carol Midgley, The Times