Delivery crisis: a call to arms

At a Broadcast debate on the future of TV, industry-wide specifications were top of the agenda for content providers coping with the rapid growth of VoD and catch-up services. 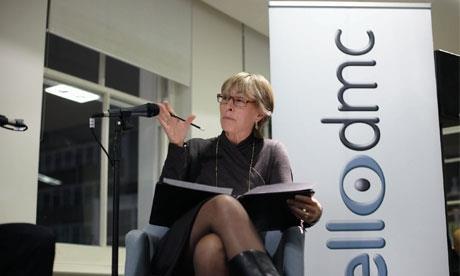 From Netflix to YouView, a slew of multiplatform VoD, catch-up and digital locker services are set to hit the UK market next year. But if common standards for metadata and file delivery aren’t agreed soon, the industry could reach a crisis point, experts have warned.

He told an audience of senior technology, channel and platform executives: “Every deal we have for catch-up or VoD has a different specification. It’s not necessarily the video and audio that’s the problem, but the metadata.”

For Turner, which operates a 36-channel playlist, and National Geographic International (NGI), with four main brands and 36 different channel feeds, enriched metadata is key to localising content across different platforms.

Tim Joyce, vice-president of operations at NGI, acknowledged: “Enriched metadata needs to be language-specific. Delivering a movie in English is great – but when you have original content for 37 different languages in 27 formats, it gets quite busy.”

Jon Try, vice-president of technology at broadcast transmission specialist Chello DMC, agreed that creating files for delivery to VoD platforms still means a huge number of formats. “Add to that multiple formats for smooth streaming on the internet – even if you are delivering to one platform, you may have to deliver the same file in five or six different bit rates,” he said.

While Chello DMC is able to convert a linear channel in a digital format into formats for VoD quite easily thanks to a decade of experience, he added: “This doesn’t get around the issue of metadata, which still has to be enriched if it needs to be language-specific. The problem hasn’t fixed itself.”

According to Fish, creating all of these different VoD file specs for platform operators in the UK and beyond is becoming counterproductive cost-wise. “As an industry, we are in big trouble. It’s becoming harder to do something for a smaller audience, and revenues from these services are coming in drops.”

For Joyce, the situation is reaching a “crisis point”. “You are expected to produce to more platforms with the same or less money. If there are no standards, it’s going to be difficult for content providers to reach everybody.”

IIse Howling, managing director of the UK’s biggest digital platform operator, Freeview, acknowledged that until the standards issue is cracked, “the entire business model of our whole industry stands at risk”.

Playboy TV is an entirely file-based operation of 20 channels, but managing director Jeremy Yates finds it incredible that some of his 100-odd platform customers still want the final product on tape. “Delivering to tape is now more hassle than delivering on a file or a hard drive,” he admitted.

Similarly, Jeff Henry, managing director of VoD outfit FlimFlex – the white-label service jointly owned by Sony and Disney that powers Virgin, Film 4 and, most recently, HMV On Demand – was shocked that most major movie studios sent not digital product but tape. “And then you get into the world where there is no single format, which adds to the cost from my perspective,” he said.

According to NGI’s Joyce – who estimated that the broadcaster has saved $400,000 (£254,786) a year by going tapeless for the channel’s main feed – forcing your hand in the client-supplier relationship is a challenge for suppliers when clients ask for delivery on tape.

“It’s all about getting your partners to work with you. You start with the production companies and work down the chain,” he said.

Fish, however, pointed out that there are some serious compression issues to address when sending digital content files around the world. “We are making the worst pictures now that we have ever made,” he said.

“They are the lowest bit-rate files and they are heavily compressed. For straightforward transmission that’s ok, but at the moment we are so driven by tactical things – ‘it’s a file, just make it work’ – that we are not thinking about the problems we are likely to encounter further down the line.”

As a case in point, he said that remastering from a heavily compressed SR tape is practically impossible compared with remastering 35mm content shot half a century ago, which still produces a great picture.

Henry said viewers are prepared to pay a premium for high-quality pictures – pointing out that his service charges customers £1 extra for the HD version. He said that FilmFlex was currently establishing if its whole platform could exist on a virtual IP-based platform such as the Cloud: “If it reduces cost and provides efficiency, then we will do so.”

WILL VOD AND CATCH-UP TAKE OVER FROM LINEAR TV?

“Linear TV is here to stay. In the past year, 1% of TV viewing was hybrid broadband (catch-up, VoD etc); by 2015, the forecasts are that this will rise to 6% or 7% of all viewing. It’s also interesting that around half of all catch-up viewing is done on the same day that it was broadcast.

“Everyone looks back at the golden age of television, but I think we are on the cusp of a new golden age where you’ve got a particularly strong linear TV service complemented by a pause-and-reviewing catch-up, as well as online programming.

“I think YouView will work. My sense is that it wants to do something sophisticated – however, it’s still only in a set-top box. Right now, there are many pieces of kit for consumers, including TVs, that already have connections to smart TV. But I think there will be room for both in the market.”

“Our content is suited to VoD –- less so to linear or catch-up – although the ability to rewind and pause presents obvious advantages. Connected TV is an exciting opportunity when there’s a mass take-up and broadband speeds are good enough.

“It might also make the current Ofcom regulations – which restrict our broadcasts to after 10pm – seem odd when there are people connecting via their TVs to the internet, which allows them to watch anything they like, unregulated, from anywhere in the world.

“The other point to make is that the navigation at the front end for VoD needs to improve – I don’t think any platform has truly sussed it, not even TiVo.

“I’ve seen some good systems but they tend to be out of date by the time they come to market. It has to be simple from the end process and if it’s not, people will just go and search for it on the internet.”

“From a content provider’s point of view, linear is important to us, but so is VoD. We depend a lot on the linear channel to get our name out there. That adds to how much VoD we are going to get in future.

“Linear is still a major way to get your message across. You want to be as exposed as possible across every platform you can be on, but it starts with the linear TV experience.