The state occasion of the Diamond Jubilee is unprecedented in the scale of its outside broadcast. Adrian Pennington reports on the key broadcasters’ production plans. 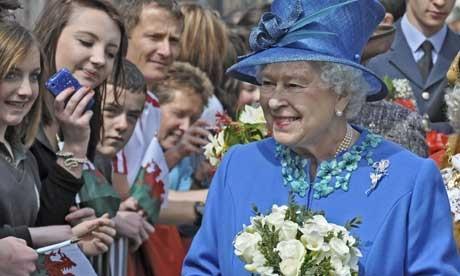 “This is the equivalent of three Royal Weddings in different locations, shot back to back,” says Ben Weston, BBC executive editor for the Queen’s Jubilee. “In terms of logistics and infrastructure, it really is three to four times the size of the wedding. So it’s a challenge by any yardstick.”

The BBC is shouldering the bulk of live coverage of the Jubilee, beginning with the Queen’s ritual attendance at the Epsom Derby on 2 June, to be produced by Sunset+Vine for BBC Sport. From there, it leads the pooled broadcast of the Thames Diamond Pageant; acts as exclusive rights holder and broadcaster for the concert on 4 June; and shares coverage – with ITN and Sky – of the procession along Whitehall and The Mall to Buckingham Palace on 5 June.

Technical planning began in earnest last October, but the designs for the concert, a BBC ambition, were kicked off well over a year ago. “We’ve previously helped organise televised concerts from the garden of Buckingham Palace and the original thinking was to do that again, before deciding to bring the whole thing out front,” says Weston.

Alongside the royal household, planning for the weekend involved the DCMS, the Cabinet Office, the City of London, the Metropolitan Police, St Paul’s Cathedral and the Diamond Jubilee Trust.

The pageant promises to be the most spectacular and challenging of the set pieces, since nothing of this magnitude has been attempted before.

The seven mile route from Battersea to Tower Bridge will be covered with more than 90 cameras positioned on bridges or buildings or on board the 1,000-boat flotilla. Kit and crew from 10 scanners are supplied by Arena, Arqiva, CTV and NEP Visions, with SIS Live managing links and satellite connectivity. “The flotilla itself is five to six miles long, which dwarfs the Boat Race as an editorial challenge,” says Weston. “When you include mustering and dispersal of the flotilla, it covers between 15 and 20 miles of river, travelling at 5 knots over four hours [live TX is planned for 2.5 hours]. Editorially, we have to be at the heart of action on the Thames to celebrate life in the capital through the prism of our maritime heritage.”

Core to this effort are eight discretely placed, remote-controlled pan & tilt HD cameras on the royal barge itself, offering shots of the royal family and POVs of the flotilla. These feeds are controlled in a specially converted production/engineering space below decks by two camera ops and a vision engineer, cut by a director then transferred over RF to radio masts positioned along the embankment. A fifth crew member will supervise the RF link to shore.

A specialist Smarthead camera system has been devised and installed by Aerial Camera Systems (ACS), the firm that fitted Westminster Abbey with multiple specialist cameras for the Royal Wedding. “As an event, it is largely unrehearsable,” says Chris Bretnall, BBC lead technical producer. “We’ve been out on the Royal barge when nobody has been looking and test recorded as much as we can along the length of the route, but the pageant’s scale is totally unprecedented.”

RF feeds from the barge will be mixed with wireless feeds from nine other BBC-rigged boats including the main presentation vessel, Zephyr, and another rowed by Ben Fogle. Countless other professional news crews and members of the public with mobile devices will contend for spectrum on the day. All RF will be co-ordinated and licensed by band management specialists JFMG, with a comprehensive trunk radio systems a back-up to the public mobile system.

All RF and fixed links up and down the river will be sent to a central ingest point and from there to the BBC’s technical hub at Canada Gate. Terrestrial pictures will be supported by aerial shots from two helicopters – one BBC, one Sky – with onboard cameras and uplinks to guarantee reception of pictures from the royal barge for its entire journey.

Sky is dedicating all day to the pageant and fielding 20 to 25 of its own cameras, to mix with pooled pictures, including those from the Royal Barge.

The concert should be a more straightforward 25-camera OB, with the stage design, by Mark Fisher, architect of U2’s 360 Tour, presenting the main challenge as it has to circumnavigate the Victoria Memorial. Up to 100,000 fans are anticipated to line The Mall, in addition to the 22,000 invited audience.

Directed by Geoff Posner, whose credits include Live 8 and the Eurovision Song Contest, the concert will be aired live on BBC1 and Radio 2. ABC has exclusive rights in the US through BBC Worldwide, which is also selling VoD rights.

Live broadcast to paying customers in cinemas was rejected as it risked compromising the agreement for the likes of Stevie Wonder and Kylie Minogue waiving their fees.

NEP Visions is supplying its pair of Gemini trucks fitted with LDK 8000 cameras, techno cranes and a Vortex 30m vertical rising camera. ACS is supplying a Cineflex stabilised camera gimbal rigged to a hoist as a high beauty cam. Stage audio is captured by Britannia Row and mixed into 5.1 by Toby Allington, and presentation will be added in the master transmission truck.

For the final procession set-piece, there’s more conventional pooling. The route has been divided between the BBC, ITN and Sky in a three-way arrangement to save costs.

“It’s logistically more complex than the Royal Wedding, with more elements, more stakeholders and a longer route,” explains Emma Hoskyns, head of special events at ITV News. ITN commissioned six OB vans from Telegenic, Prolink, CTV and Visions for its own presentation and provision of pooled pictures of the route to Guildhall and Mansion House.

Sky’s pool responsibility is from Trafalgar Square to St Paul’s using 18 cameras and the services of Visions and Neon Broadcast. It will also have a 3-4 camera studio at Canada Gate and numerous other cameras around the capital and regions.

“We want to offer a lightness of touch, to capture the mood of the nation not just in London but at street parties up and down the country,” says Neil Dunwoodie, Sky’s executive producer.

“Our tone will be warm and authoritative but not obsequious,” says Cristina Nicolotti Squires, ITV News’ executive producer of Diamond Jubilee coverage. “I want to have a conversation with viewers and make them feel they have a front row seat.”

ITN crews will be covering community celebrations outside London and viewers will be encouraged to participate by tweeting comments and sending pictures to ITV.com/news for second screen interaction. “The programme will drive people to the site and the site will engage people in the on-air programme,” says Nicolotti Squires. “It’s about having a national conversation.”

The BBC is organising pooled coverage from the service of thanksgiving at St Paul’s, where CTV will offer a 25-camera mix of steadicams, tracking dollies, jimmy jibs and ACS Smarthead remotes. SIS Live won the job of providing pool coverage from the Westminster Hall, venue of a celebratory luncheon.

The one element that can’t be guaranteed is the weather. ITN, for example, has presenter areas which are covered but open to the elements. “The mood, ahead of the Olympics, is about how great it is to be British and the weather is a part of that story,” says Nicolotti Squires. “You can’t have a front row seat without getting wet.”