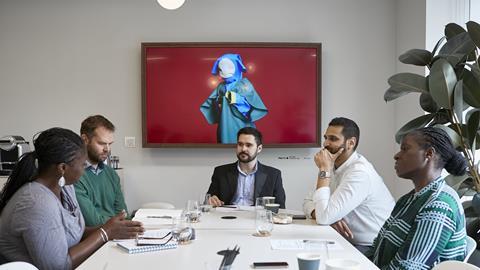 First steps on a long journey

While broadcasters have made some progress towards being more inclusive on and off screen, diversity experts say many challenges still lie ahead

Broadcast brought together several leading proponents of broadcasting diversity to take the temperature of industry progress.

Are you happy with the broadcast industry’s progress in terms of the work it has done around diversity? 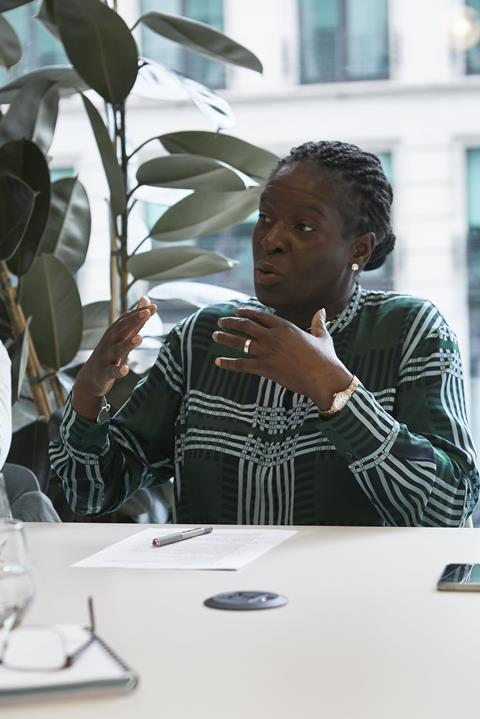 ADE RAWCLIFFE (Head of diversity for commissioning) It’s useful to think of this in terms of a journey. When I started working in this space, we had to convince people why diversity matters.

That argument has been won and the challenge is more about what we need to do – sometimes collectively, sometimes as specific broad casters, to achieve measurable change.

YASIR MIRZA (Head of inclusion and diversity) The challenge is constantly evolving. What’s nice is that we’ve all moved away from seeing diversity as the right thing to do – the CSR [corporate social responsibility] version of diversity – and are now looking at the wealth of talent, stories and content that we’re not tapping into.

CAMERON ROACH (Director of drama, Sky) What feels like a relief is that we can all openly admit we have a problem and be much more honest about it. Even five years ago, there was a defensive atmosphere around diversity discussions, but now people are more collaborative, and that excites me. I can see change within reach.

MW Diversity is the one area where we’re not in competition with each other; it’s paramount that we get this right collectively.

Does this mean that broadcasters should engage in more collective action?

AR Some areas we can address ourselves, while others need us to work together to make a difference. Directors, for instance, work for all broadcasters, and not just ITV. But I do think the [joint industry body for diversity] Creative Diversity Network works well in bringing broadcasters together.

CR Sometimes we should shout louder about good practice, where productions have been working well. Look at Doctor Who: there are so many things to celebrate with the show’s reinvention, yet it still attracted criticism, despite the fact that huge progress had been made. Other drama commissioners could learn from the experiences that Chris Chibnall and the team had.

In terms of your own organisation, where is the best work being done on screen and where do the challenges lie? 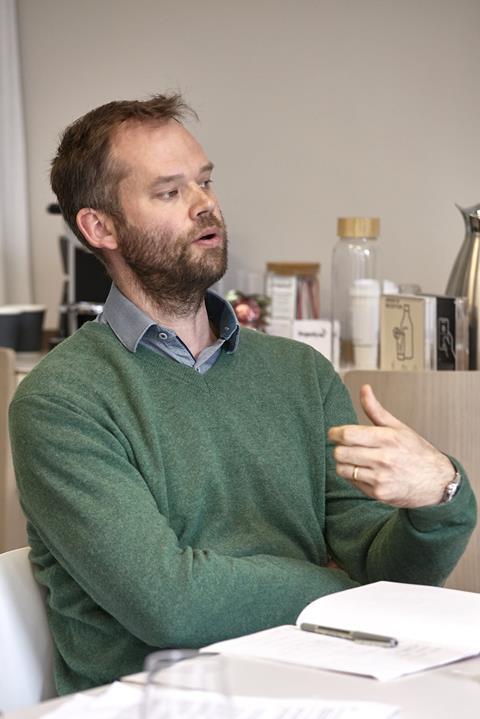 CR For Sky, the best work has to be Bulletproof – it’s got Ashley Walters and Noel Clarke in the lead roles but I’d never describe it as ‘only diverse’, as it’s a best-buddy cop show. We shouldn’t be approaching diverse work as niche but as something that has the potential to be commercially successful.

Through an initiative we launched three years ago, Sky Table Read, we’ve been able to evolve the show’s writing team in the second series, expanding the room to include newer talents such as writer/story producer Jerome Bucchan-Nelson and Florence Turkson, who’s an exceptional script editor and is now working on a Netflix series.

MW Rather than ghettoise diverse programmes, all the BBC’s output aims to reflect the diversity of the UK in some way. Continuing drama is one of the best portals for this, not only in terms of on-screen representation but with some of the story lines that we’ve been tackling.

We’re also proud of Doctor Who and are working with our commissioners to understand the talents there, to shape and redesign it and to create a wider conversation around it.

AR ITV is unashamedly mainstream and has to represent everybody. Lost Voice Guy winning Britain’s Got Talent last year was the perfect example of ITV at its best: viewers were entertained and also learned about cerebral palsy, yet what always shone through was Lee Ridley’s talent.

Then there are some of our quieter shows, such as Daniel Lawrence Taylor’s Timewasters, which followed a south London jazz quartet transported back in time. I thought that was a really bold commission for ITV2 and spoke to where we want to be, and how we want to be perceived. 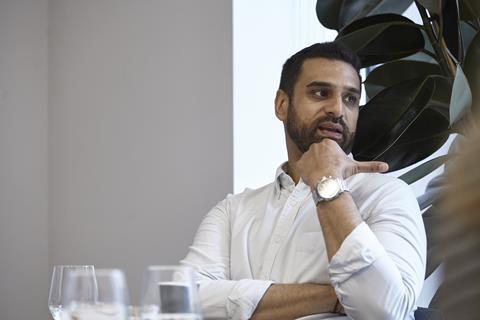 YM Flirty Dancing is a good example of a Channel 4 show showing lots of different types of people but making those differences secondary to the programme. We’re moving away from diverse representation to finding nuances within diversity and exploring authentic portrayal, because it’s a moveable feast.

I’m also excited about the plans we have in development around the Tokyo 2020 Paralympics. We want to sustain the work from previous campaigns but build on that by looking at off-screen talent – not just at entry level but all the way through.

How should broadcasters work with production companies to achieve diversity?

CR Targets can be useful because they open up a conversation, whether that’s portrayal on screen, the make-up of your crew, female directors or the shape of a writer’s room. Even if producers are failing these targets, it’s a useful exercise to explore why, and what we can do to support them. It’s not a win or fail conversation.

AR Those conversations right at the beginning of the process are important.

Some commissioning editors will ensure this happens anyway, but it needs to be a systematic process that becomes ingrained in how we do things. And you need to evolve them: ITV’s commissioning commitments launched a year ago, so now we need to include more change – because what was last year’s challenge won’t be next year’s. 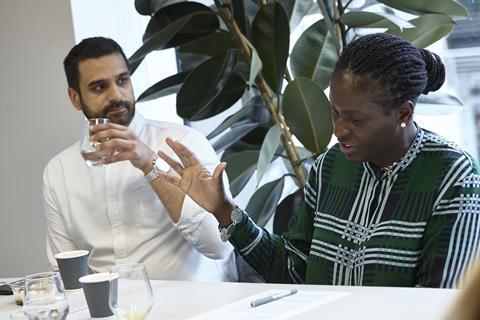 MW It’s also about ensuring we can have conversations during production to make sure things are working and fl ag up any challenges. Things can change overnight – intentions are honourable until you actually have to make the show and then people are not available. If those conversations aren’t taking place, then all you are doing is retrospectively fixing something.

CR What this is all circling is the requirement for producers to move away from the black-book philosophy of just hiring people they know to displaying that they have done due diligence and have much more rigorous recruitment processes, even in the freelance pool. It’s something we all need to be more stringent about.

Is enough being done at a grassroots level to encourage people from different backgrounds to join the broadcasters? 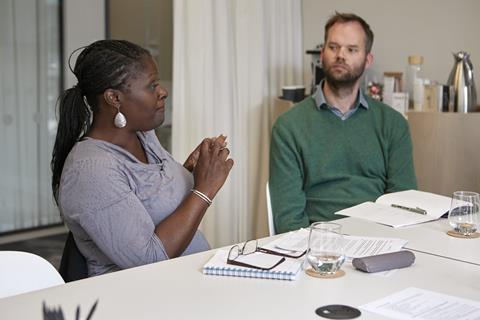 CR Raising the visibility of the variety of production roles within the industry is important – there’s a much broader industry that people can be part of that is more accessible. There are so many roles within scripted – yet the only things visible for many school leavers and graduates are director, writer and on-screen talent.

AR It’s not just about what we do but who we partner. We are not specialists at this, we are broadcasters. ITV works with Creative Access, for example, which has expertise at recruiting BAME people into the industry and has recently broadened its focus to include people from a socially disadvantaged background.

Are the monitoring initiatives looking at the right things? Metrics, such as how much money is invested in diverse programming, for instance, do not exist, so what is being done to achieve noticeable change? 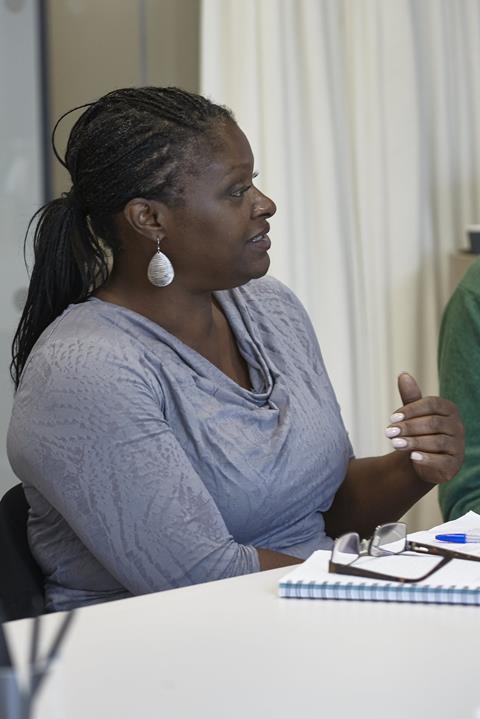 MW We’ve all made a financial commitment to invest in [industrywide diversity-monitoring project] Diamond. It’s been our biggest investment to date, and we recognise the magnitude of what it can do.

On a personal level, however, I’m frustrated by the fact that the data is not yet robust, given that the programme launched in August 2016.

Less than a quarter of all productions have filled out the monitoring forms. It takes minutes to complete this survey, and it only needs to be done once every two years.

AR Every single person who works on a production should have filled out the Diamond data. The collective ambition for the initiative is that it can be something the whole industry believes in – it should be as good as Barb.

CR Having access to good data is really important. Directors UK is an example of a body that is generating exceptional data – its intelligence on the use of women directors across the scripted arena is so clear, solid and reliable that it becomes a really useful tool for us in our conversations with producers.

AR The Writers’ Guild had a similar dataset where it talked about female writers, and created something that has become powerful for driving change. Data is incredibly useful, as we rely on anecdotes too much in this industry. If you’re talking to a commissioning editor, and you can give them data about their show, you’ve got the best way you can try to change it.

What impact will C4 relocating and other broadcasters and indies expanding their presence outside of London have on broadcasting diversity?

YM It’s a great opportunity in terms of hiring new people from the nations and regions and finding new talent. In Leeds, just having that ‘4’ on the building changes things – it represents an aspiration for social mobility and opportunities.

The Broadcast Indie Survey this year found indies believe more progress has been made on screen than off screen, and that more in-roads have been made in areas like minority representation than ageism or disability. What areas of society need to be reflected better – both on and off screen?

MW BAME representation has accelerated faster than other areas. As an industry and a broadcaster, we made a conscious decision to focus on that area, so the diversity agenda often spoke to ethnicity more than it spoke to other groups.

The work that C4 did around the Paralympics led to a change in the way the whole industry views disability, but it’s still an area that is woefully under-represented.

CR The letter that came from the Writers’ Guild about female writers was really important – it made every single broadcaster sit up and take notice because we’re not doing good enough work here.

There have been successes like Bafta Elevate, which has been really useful, but that has to be kept constantly in people’s minds. If we received an all-male directors list from a production now, for example, we’d send it back. 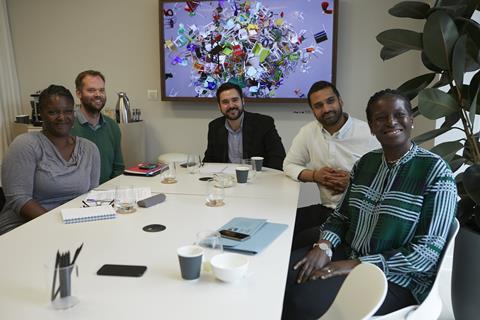 AR ITV runs the Comedy 50/50 initiative because we don’t want all-male writing teams in 2019. We have a database and we’ve created shadowing opportunities. In terms of off-screen talent, we have to look harder at the make-up of the people making television – it’s one of the next big pushes we really have to make in the industry.

Netflix and Amazon have very varied slates and are signing diverse talent. What challenge does this pose traditional broadcasters in terms of diversity?

AR Competition is good for us all. If Netflix is investing in diversity, that’s only going to make it more competitive and more important for broadcasters. It’s a great thing that young creatives have a choice of places to go – and people move around. They might make their next show for us, so investment in diverse talent benefits us all.