“The best episodes of DIY SOS, like this one, are as emotional and moving as anything on television.” 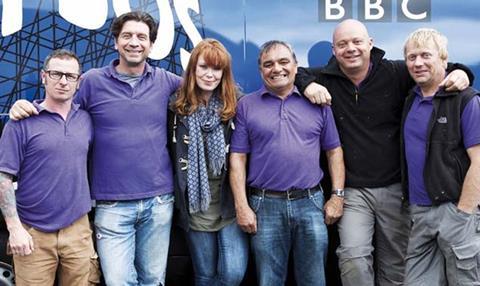 “This was relentlessly manipulative and pushed buttons shamelessly, while the sense of jeopardy was surely exaggerated. And yet, not even this professional churl could begrudge Chloe and family their joy, Knowles and his team their sense of satisfaction or the production team’s effective accomplishment of their mission.”
Gabriel Tate, The Telegraph

“For all its masculine swagger, the best episodes of DIY SOS, like this one, are as emotional and moving as anything on television.”
Christopher Stevens, Daily Mail

“Nick Knowles has said that his ever-running DIY SOS is by now ‘way beyond a TV programme’. Last night, it was hard to argue: even a philosophy student, cynical to the notion of ‘pure altruism’, would have been forced to doff their cap to the blokey sentimentality.”
James Jackson, The Times

“Princess Diana’s discordant place in royal history deserves a three-parter, if not a series, rather than an hour’s sprint that was most notable for being a rare case of Channel 4 not taking the mickey out of the Windsors.”
James Jackson, The Times

“While the facts were familiar enough, such a bizarre and ultimately tragic story can bear almost any number of versions. The calibre of assembled experts, mischief-makers and insiders also helped, while the absence of Paul Burrell made me warm to it even further.”
Gabriel Tate, The Telegraph

“With more thought, and a shot of the compassion that was coldly absent, this series could have presented interlinked stories to show how no scientific discovery happens in isolation. Instead, we got a random selection of medical rareties that veered dangerously close to becoming a carnival freakshow.”
Christopher Stevens, Daily Mail