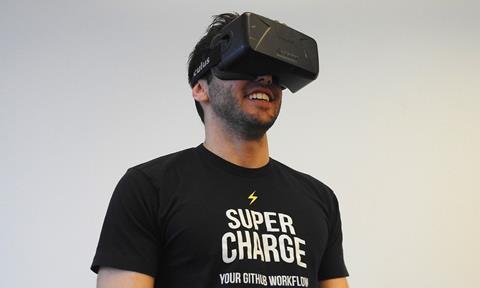 Sheffield Doc/Fest and the British Council are teaming up to tour a selection of works from the festival’s Alternate Realities programme in Latin America later this year.

Nine projects from the sidebar, which showcases virtual reality experiences and interactive documentaries, will travel to the DocMontevideo in Uruguay (July 22-28), DOSCP in Brazil (October 2-7), and Noviembre Electrónico in Argentina (November 12-19).

A number of the selected experiences will be translated into Spanish and Portuguese specially for the tour, which is a Doc/Fest initiative supported by the British Council in partnership with the three festival destinations.

The selected projects are:

“I am also delighted that the tour is in partnership with the British Council. The selection has a focus on stories of our natural habitat, the lives of Syrian refugees and the importance of intimacy and empathy in order to promote a better understanding of each other.

“Even better, several of the Alternate Realities projects we have chosen document the region itself. It feels essential to us that these world leading projects, that tell such profound stories and showcase cutting edge technologies, are reaching audiences globally.”

Briony Hanson, director of film at the British Council, added: “We’re excited to be partnering with Sheffield Doc/Fest to tour their excellent Alternative Realities programme to Latin America, and internationalise their visionary programme to a whole new market.

“The profound stories told through this programme are as relevant overseas as they are innovative in form, and we’re immensely proud to be enabling this work to inspire and challenge audiences and practitioners across the Americas.”