Industry reactions to Nokia pulling the plug on Ozo camera 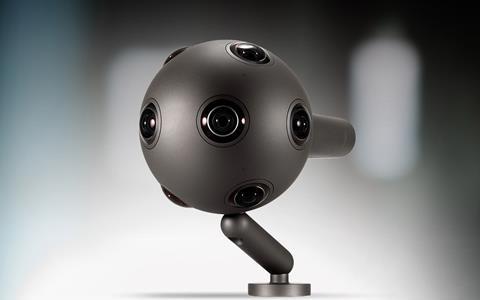 Nokia has pulled out of the VR market, ending its line-up of Ozo VR cameras after reportedly experiencing fewer sales than expected.

The Ozo camera cost a whopping £45,500 when first launched in the middle of 2015. Its customers included Disney and Alchemy VR but, according to Nokia, “the slower-than-expected development of the VR market” led to it pulling the plug on Ozo.

Is this apparently sluggish growth of VR also something being experienced by the wider production industry?

Adrian Leu, CEO of technology innovation agency, Inition, which specialises developing immersive experiences, told Broadcast: “Nokia’s halt on Ozo development does not spell the writing on the wall for VR. Instead, it signals that VR’s development and adoption might fall short of the bullish figures often pushed by the media and finance analysts.”

Neil Anderson, CEO of media technology solutions provider NMR, believes the price of Ozo was the key reason for its failure: “We had a large energy utility client, who were very interested in using Ozo to visualise the inside of their large water cooling tanks during time-critical regulatory inspections. You’d have thought budget wouldn’t have been a major issue but even they baulked at the per unit cost.”

Adam Grint, Creative Director at Mill+, which has created a long list of VR experiences for brands including Nike, BBC, The Guardian and Google, adds: “The Ozo had the slightly unworkable combination of being very highly priced and producing only average output. I applaud what they were trying to do – create an out-of-the-box solution for high-end VR that tried to reduce stitch artefacts with its ball of eight cameras – but it suffered from quite compressed output and the dynamic range, certainly on the first generation, wasn’t much better than cameras a fraction of the price.”

Meanwhile, Peter Morris, founder of Voiceover Soho, which has just opened a studio specialising in posting immersive audio, is brutal in his assessment of Nokia’s handling of Ozo: “Basically, Nokia have massively misjudged the market, realised they have cocked up and there’s no noble way out of this and decided to cut its losses and get out now.”

Craig Bernard, executive producer at VR production house Fever Content is more diplomatic, telling Broadcast: “It’s sad about Nokia, as they have a truly professional grade VR camera in the Ozo, and a great post solution. I guess the Ozo is now relegated to the same museum as the Laserdisc and other advanced technologies that were unfortunately way ahead of their time.”

More growth in the market?

VR producer and consultant Chris McKeeman is confident Nokia’s move isn’t a reflection of the VR market in general, which he says continues to grow quickly. The problem with the Ozo was most creative companies weren’t in a position to be able to get hold of it, he says: “Many start-up companies weren’t in a position to purchase the camera, but there was an eagerness to experiment and develop content using it. Nokia might have considered a more supportive involvement with the VR creative community at this early stage.”

Finally, Valerie Bozzetto, joint MD at digital strategist IRM, believes there is a fundamental problem with VR production that could prevent it from further growth: “It’s way too pricey to deliver an experience that IP owners then don’t know how to charge the end user for or generate revenues from,” so there’s a “lack of exciting, entertaining content being produced for the masses.” She believes “content owners are now focusing more on AR as it’s accessible to everyone without having to buy special gear.”