Audio and grade on an hour-long EastEnders special about Christian and Syed’s affair. 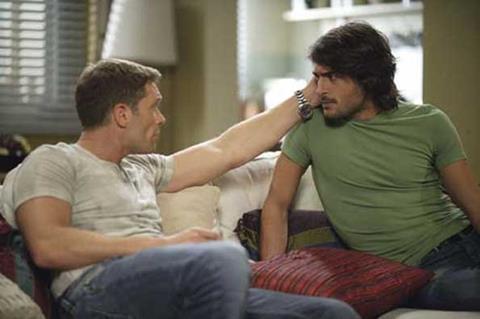 Brief Complete the audio and grade (as well as offline and online dry hire) on an hour-long EastEnders special about Christian and Syed’s affair.

How it was done The show uses extensive archive material from the EastEnders vaults, some of which dated as far back as the 1980s. This required Evolutions to dust down its D3 decks to be able to digitise it.

With dubbing mixer Stewart Harper, who was to have completed the audio, stranded out at NAB in Las Vegas thanks to flight restrictions put in place to cope with ash from the Icelandic volcano eruption, a quick facility re-jig of the schedules was required.

This saw Richard Ashley track-laying and Nerys Richards completing the dub. The grading was done by Nick Adams.