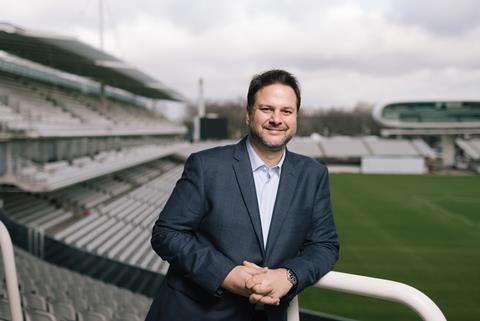 The England and Wales Cricket Board (ECB) has appointed BT’s Tony Singh as its new chief commercial officer.

Singh, who is currently content and business development director at BT, joins the ECB’s senior management team at Lord’s and will oversee all revenue generation and its key commercial relationships as well as customer-facing activities.

Singh has worked at BT TV and BT Sport for the past five years. He led the team responsible for the broadcaster’s cross-supply content deal with Sky and the commercial distribution of BT Sport to other platforms. He previously worked at consumer marketing agency, Nectar, and at the BBC.

ECB chief executive officer Tom Harrison said: “He will have a critical role to play in our long-term plans to grow the game at every level; helping us develop new commercial partnerships and diversify the game’s revenue streams, enhance our use of data and strengthen our digital offering for the millions of cricket fans nationwide.”

Singh will take up his role in April.