“This is what Channel 4 is for: giving a platform to the quirky and different rather than race-to-the-bottom cack such as Naked Attraction” 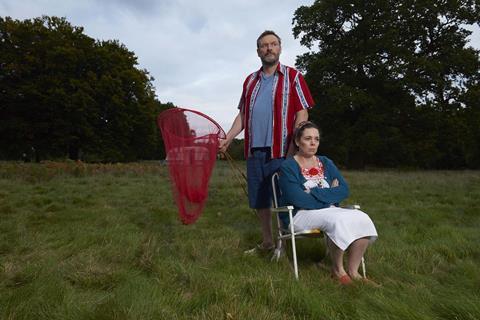 “Whatever you think about Flowers you won’t see another like it. This is what Channel 4 is for: giving a platform to the quirky and different rather than race-to-the-bottom cack such as Naked Attraction. All credit for giving it a second go.”
Carol Midgley, The Times

“Props to Channel 4 for commissioning a second series – a decision completely validated by the strength of tonight’s double-bill. If anything, writer/director/star Will Sharpe has conjured something weirder and more colourful this time around, the autumnal gloom of the first series replaced by a summery haze.”
Patrick Smith, The Telegraph

“This was not an interrogation of the complex reasons why so many died. Yet as a document that told the suffering of this community, and the ways in which people of different faiths and backgrounds came together to comfort and support one another, it was profoundly moving.”
Chris Harvey, The Telegraph

“Among the many programmes marking the tragedy’s anniversary this, filmed over the year, drawing on hours of interviews and TV archives and sometimes using a triple-split screen for extra dramatic effect, seemed determined to be definitive. A terrible story, beautifully told.”
Carol Midgley, The Times

“The articulacy, measure and resolve maintained by survivors is a deeply humbling aspect of this respectful documentary, which began filming the day after the fire and continued throughout the year. What hits you most is the grief, still so fresh, still so engulfing.”
Chitra Ramaswamy, The Guardian

“Storyville: City of Ghosts gave us a chance to see the heroism and sacrifice of the ordinary Syrians who risked all to make the truth known. This documentary could hardly have done its job without showing us the footage the Raqqa group wanted the world to see. Heads on railings, a crucified man being driven round town on a truck, these sights weren’t exactly unfamiliar, but they took on a new horror.”
Matt Baylis, Daily Express

“This documentary is a remarkable portrait of the best of human behaviour in response to its most depraved. It is also a film about horror (I had to look away from the screen on numerous occasions) and sadness and, as its title suggests, a sense of loss which will haunt those who see it.”
Michael Day, The i