Broadcast takes an in-depth look at some of the winners and shortlisted entries in this year’s Focal International Awards - including Firelight Films’ The Black Panthers and On The Corner’s Amy. 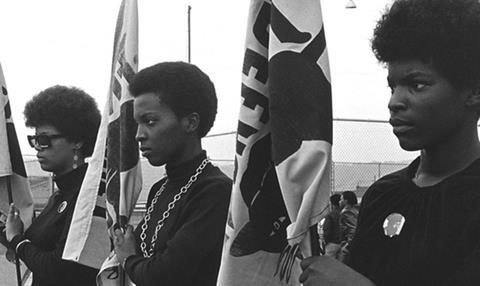 The Focal International Awards, presented in association with AP Archive, celebrate achievement in the use of archive footage and restoration, in all genres and across all media platforms.

The awards ceremony for programmes that aired in 2015 took place on Thursday 26 May at the Lancaster Hotel in London. It was hosted by former BBC chief news reporter Kate Adie.

The Black Panthers: Vanguard of the Revolution

Focal’s jury commended the “enormous amount of work done by researchers” to obtain the 50 minutes of archive footage used in this feature-length documentary looking at the Black Panther Party, its significance to US culture and the impact of its derailment.

“Everyone has seen the Black Panthers marching in formation looking militant, but we wanted material that had not been seen before,” says the film’s director, Stanley Nelson.

When Nelson mentioned his Black Panthers project in conversation at a screening of another film, it led him to a Sony Porta Pak home-movie tape, made in the 1960s and stored in a cupboard.

“It was shot in Algeria and showed Panther leaders on the phone at the critical moment the party split,” he says. “It was just incredible to find this footage and make it central to the storytelling.”

The Black Panthers: Vanguard Of The Revolution was shown in the UK as part of BBC4’s Storyville strand.

When rival Republican and Democratic pundits William F Buckley Jr and Gore Vidal went head to head on ABC News in 1968, it changed the nature of TV news debates.

Focal jury chair Alison McAllan describes it as “an unusual subject for a documentary, made viable by two such larger-than-life characters”.

The material used was “well chosen and frequently humorous”, said the judges, and the contextual archive “gives a fascinating political picture of the times”.

This documentary telling the story of the Khmer Rouge’s reign of terror through the eyes of Dr Ngor, whose experiences were recreated for Oscar-winning film The Killing Fields, took an innovative approach.

“With next to no footage of the Cambodian atrocities available, the use of original animated sequences, combined with more general Cambodian archive footage, manages to convey some of the horror of the events and helps towards an understanding of why they unfolded as they did,” says McAllan.

The Queen of Ireland

LGBT rights activist Rory O’Neill (drag queen Panti) is the focus of documentary approach that uses archive to illustrate a talking head,” says McDonald. “They achieve it quite excellently.” coBain: montage of heck Producers End of Movie; LLC Sources MTV Networks; Reelin in the Years; Universal Music; The Cobain Estate In this record of the life and death of Nirvana frontman this feature documentary that follows the lead-up to Ireland’s 2015 referendum on same-sex marriage.

“A very enjoyable film with some incredible archive from around the world – from home movies to newsreels and club footage,” the jurors stated.

“The wider issue of gay rights in Ireland was really well portrayed through the times and words of its larger-than-life central character.”

“Our central topic is a theoretical research field, with little visual material except through CGI and computer models,” says producer Benjamin Landsberger.

For this exposé of climate control by American and Russian geo-engineers during the Cold War, 35mm source copies of secret atmospheric experiments found in US and Soviet military archives were transferred to digital HD. “The archive was carefully used with the original aspect ratios preserved,” says jury chair Mat Flasque.

The aftermath of the brutal gang rape and murder of a female medical student in Delhi in 2012 compelled producer/director Leslee Udwin to make this film.

“I was reliant on material shot for Indian TV in analogue 4 x 3, whereas our format was digital 16 x 9,” she says. “I had to trust that the content was more important and powerful than strong in style, and we went with what we had – raw and emotional, and technically variable. It was the right decision.”

Director Asif Kapadia’s intimate portrait of the troubled singer is already a Bafta and Oscar winner.

What Focal jurors found remarkable was that the film is entirely composed of archive footage. “The audio interviews are used to bring meaning to the visuals, which is a reverse of the conventional factual documentary approach that uses archive to illustrate a talking head,” says McDonald. “They achieve it quite excellently.”

In this record of the life and death of Nirvana frontman Kurt Cobain, the mix of specially shot interviews with home-movie footage, recordings, artwork, photography and journals makes for “a voyeuristic” insider’s account, according to jury chair James McDonald.

He adds: “The use of animations was weird but appropriate.”

Featuring stories from more than 60 years of Eurovision, “the film totally achieved what it set out to do”, says McDonald, namely: “A fun but often poignant programme making great use of familiar footage without being repetitive.”

This film exploring how running changed from an all-male sport to the all-embracing activity it is today took eight years to complete. That included two years of research plus “multiple layers of rights, lost masters or contracts and real detective work”, says producer Fabrice Estève.

Gathering first-hand testimony and forgotten archives, he uncovered footage of Kathrine Switer being attacked by the race director during the 1967 Boston Marathon, an incident previously known only through photographs.

“It’s an amazing story of success and single-mindedness, and brought together a cross-section of different characters,” says director James Erskine.

“We found all the ISO recordings we could to show the final from different angles and used the personal collections of [coach] Clive Woodward and [star player] Jonny Wilkinson’s family.”

I Believe In Miracles

This documentary tells how maverick coach Brian Clough took unfashionable Nottingham Forest to soccer glory and features interviews with his 1979 European Cup-winning side.

“The character of the team and their renowned management shone through in the archive to make a very entertaining watch with a great soundtrack,” says Moretti.

The Nature of Things: Jellyfish Rule!

This production licensed 13 minutes of footage from 19 sources. Five were commercial stock houses and the rest were independents, scientists and “fans of jellyfish”, says project researcher Gina Calix.

“Just because a major news broadcaster doesn’t have the footage covering an event, some unknown person may have it – so never give up,” she advises.

Calix discovered one short video documenting the massacre of thousands of farmed salmon off the coast of Northern Ireland, which was “exactly the event” that scientists were describing on camera.

Seeking images of an underwater invasion by the mnemiopsis jellyfish in the Black Sea in the 1990s, Calix contacted archivists in the region with the help of Google Translate to track down “a keen marine biologist at the Odessa University who had shot this actual event”.

With its jokey presentation and jerky pictures, this series was radically different from the competition, says jury chair Carol O’Callaghan.

Sourced largely from user-generated video, “it is probably agony to most people at Focal, who are wary of YouTube”, O’Callaghan concedes.

Representing a single day of animal behaviour across 25 countries, it was an “incredible luxury to be able to cherry-pick from such world-class collections”, says senior archive producer Lemuel Lyes.

He adds: “It was a monumental creative and logistical challenge to craft a unifying narrative, track the usage rights and edit content from multiple sources into a seamless show.”

Imagine: The Ecstasy of Wilko Johnson

The uplifting story of Dr Feelgood guitarist and singer Wilko Johnson, who was diagnosed with pancreatic cancer, tells a “tremendous story, with expressive use of archival footage and music, superbly realised by director Julien Temple,” according to the Focal judges.

For producer Richard Conway, the main challenge was to ensure that Temple could choose both rare and iconic film footage.

Conway says: “People’s empathy for the fi lm’s subject matter, and respect for Julien, helped enormously, as well as the professionalism of our brilliant archive producer, Miriam Walsh.”

To celebrate its 40th anniversary, the BBC arts strand assembled a film made entirely from its own archive, featuring clips of people from TS Eliot to Amy Winehouse.

“It’s a great collage of best bits – some unseen, some inviting to watch more, some just pure gold.

“The list of names is endless and the archival layovers are very smooth.”

An interview with the director of Serpico and Network forms the heart of this career retrospective.

Focal’s jury highlighted the “good choices of archive clips and editing” used to weave together the themes of Lumet’s work. “It had to be put together in quite an unorthodox style to make very specific points and to enhance the interview footage,” says Kriauceliunaite.

Rest of the winners

History Production
Every Face Has a Name
Producer: Auto Images

Best Use of Footage on Non-television Platforms
The Beatles 1+ Video Collection
Apple Corps.