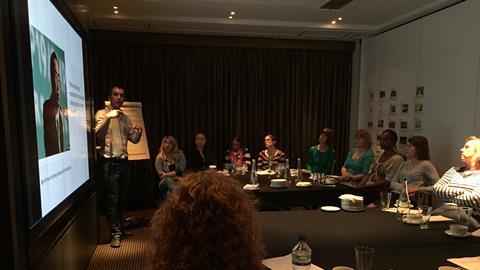 According to albert, BAFTA’s industry-backed sustainability project, the production of just one hour’s worth of TV content now produces 13 tonnes of carbon dioxide.

Research shows that three square metres of sea ice are lost through the emissions of just one tonne of CO₂. So with 20,000 hours of programming generated by the independent sector annually, this equates to the loss of 780,000m2 of sea ice.[1]

The albert consortium is made up of 14 of the UK’s largest production companies and broadcasters. Founded in 2011 by BAFTA, it is the leading think tank on sustainability for film and television, working to raise the profile of sustainability in the industry and championing sustainable production techniques.

It provides the tools, guidance and direction needed to reduce the impact of film and TV production on the environment. 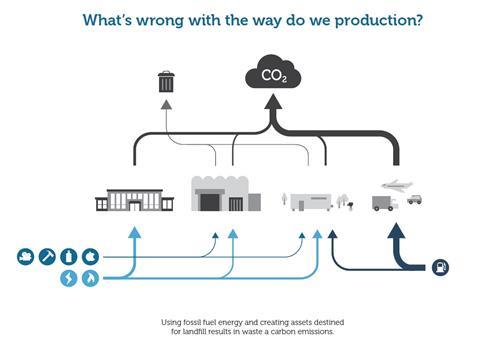 Albert has helped numerous productions get green messages on screen and is building a bank of resources to help programme-makers take a multi-genre approach to engaging audiences on environmental issues.

albert is working to instill carbon consciousness into the fabric of the industry with carbon reporting now mandatory for all major terrestrial broadcasters.

Over the last two years 2,000 industry colleagues have attended albert’s carbon literacy training. Aaron says that those who undertake sustainable production certification to reduce their carbon footprint do so by an average of 15%[2].

Air travel in the industry increases year-on-year and there’s no sign that this will change. “On average it would cost just 0.9%[3] of an entire production’s budget to offset the total carbon emission,” explains Aaron.

“This is clearly not an unaffordable amount, although it does say a great deal about the disappointingly low price of carbon offset.”

There are many ways to lower a production’s carbon footprint, but one easy win is renewable energy, says Aaron. In 2017 albert helped 25 companies move to affordable and renewable energy tariffs with its group purchasing scheme, saving a total of 300 tonnes of CO2.

Reducing the use of fuel-guzzling on-site generators during filming is another key target for albert, which Aaron says would be improved by greater access to the National Grid.

Television production is ahead of the film industry on sustainability, explains Aaron. Most TV is made by long-established brands who are accountable to the major broadcasters and must observe funding guidance around sustainability practices.

But in film, funding usually comes from multiple sources and production companies are often set up to make the film and then dissolved afterwards, so there’s far less visibility.

“The most important thing is that communities everywhere act to mitigate and adapt to a changing climate,” says Aaron. “However, as the UK is eight years into the project we have a lot to share and we’re happy to support others however we can.”

To this end albert has helped affiliate projects around the world get off the ground by sharing its tools in Canada, Dubai, the Netherlands and beyond.

With a general lack of ownership and understanding about the size of the problem that the industry faces, albert has recently launched an events programme where each quarter it brings together a specialist community to help them better understand the challenges and opportunities to reach environmental sustainability.

Recent events have focused on sustainable costume design and another on lighting.

Many day-to-day decisions fall on time-poor production managers and co-ordinators. Aaron explains that while many have made changes where they can, production companies can only be as good as the studios and facilities around them and so it’s often out of their control.

“There needs to be more pressure on key contract decision makers such as FDs and MDs,” says Aaron.

“The decisions they make have huge implications for the rest of the supply chain. There’s a real lack of shared vision in the industry. We need to be much more vocal about our ambitions and bring the major players around the table.”

[2] According to data gathered by albert