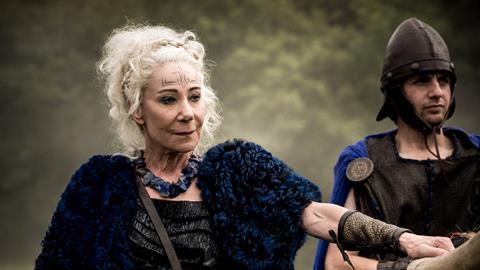 Reliable support in an uncertain world

Barclays’ head of media, Lorraine Ruckstuhl, shares her outlook for the television production sector and explains how the lender is adapting its proposition to meet the industry’s changing needs

Television has transformed beyond recognition over the past 30 years.

Changes in distribution and a revolution in consumption habits have intensified competition across the industry, but have also created fantastic opportunities for those businesses agile and brave enough to embrace them.

It isn’t just the rise in new technology that is driving change in the sector, but also the impact of external factors beyond its control.

Last year saw a seismic shift in the global political landscape and, whilst the full effect of the political events in the US and the UK’s decision to leave the EU are yet to be fully realised, it is obvious that the world has changed drastically in a very short space of time.

Will the impact of this cultural movement towards more protectionist attitudes damage an industry that has increasingly looked to global markets to distribute its content? Or will the upheaval force companies to be more ambitious in their approach and to look further afield to find audiences?

Only time will tell, but all production companies need to review their business models and ensure they are planning for change now. The issue of Brexit will, of course, be of immediate concern to the UK’s television industry because the sector is so closely linked to Europe – approximately £370m a year of programme sales alone, according to the Royal Television Society.

Questions are already being asked about the maintenance of the ‘country of origin principle’, which allows UK broadcasters to provide services across the EU under a single Ofcom regulatory framework, and whether UK content will continue to qualify as European in order to benefit from EU production quotas. And, of course, there are significant concerns about the future of the many EU citizens who form part of the diversity of our creative sectors.

Amidst this uncertainty, Mayor of London Sadiq Khan has publicly reassured the industry that he is committed to a strong future for film, TV and other creative sectors as he aims to make London “the most film-friendly city in the world”.

His new Cultural Infrastructure Plan is designed to address talent, skills and infrastructure to ensure that the industry continues to grow. According to his research, there is still plenty of room for optimism, as inward investment into the UK film and television industry reached £1.35bn in 2016, an 18% increase over the previous year.

The industry itself also continues to change at an incredible pace. Whilst linear TV providers still have a strong place in the viewing habits of the public, the sustained rise and proliferation of SVoD platforms such as Netflix and Amazon Instant Video proves that those in the industry may have to adapt if they want to remain successful in the future.

The changing commissioning structures these new players are bringing to the market have been seen as a challenge by some.

However, the continuous rise in demand for quality content, coupled with the sheer number of viewing platforms and the increasingly global audiences they give access to, mean that the future remains bright for those production companies with exciting new ideas.

At Barclays, we recently adapted our television lending proposition to reflect these changes in the industry and ensure that the production companies with good ideas receive the financial support they need. We are the first UK clearing bank to match repayment against a licence stream lasting up to three years after delivery.

We also have the ability to use our contract receivables finance proposition, which potentially takes production debt ‘off balance sheet’ and means there is no further recourse to our clients’ businesses throughout the length of the contract.

These innovations provide far swifter access to cash than traditional structures and enable production companies to recycle the money to fund new projects.

These are just two of the ways we have adapted our services to help our television clients adapt to the changes they face.