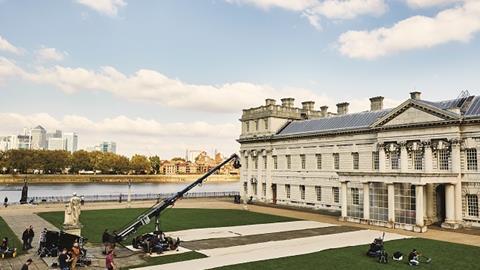 Nurturing the Greenshoots of sustainable filming

Greenshoot is an organisation helping to move the UK film, TV and production industry towards more environmentally friendly ways of working

Greenshoot was formed in 2009 by four industry professionals with the specific aim of making film, TV and advertising productions greener and more sustainable.

The organisation is doing this through education, practical training and by acting as a consultancy to support industry professionals to make greener productions.

Supported along the way by the British Film Institute, Creative Skillset (now Screen Skills) and the likes of Working Title, Left Bank Pictures, Sky and Sony it has already achieved a lot.

Involved in more than 350 film productions, it has prevented 42,000 tonnes of carbon from being released into the environment through filming – equivalent to taking 216 cars off the road for a year – and won two sustainable consultancy awards.

Greenshoot has trained over 200 producers on how to make sustainable productions and £165,000 worth of unwanted production assets such as furniture, props and clothes have been redistributed to charities and schools.

Two years ago, in partnership with Film London and some London boroughs, it launched Green Screen, an easy-to-use online tool that provides a practical, comprehensive framework with tools and guidance for anyone wishing to set up in a green way. It’s already been used by over 230 productions.

Impressive as this is, the industry still has much to do, as film producer and Greenshoot co-founder Melanie Dicks acknowledges.

“To put things in perspective, the average person going about their daily lives, eating, sleeping, getting about and so on generates about 7 tonnes of carbon a year,” she says. 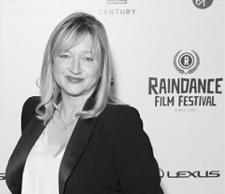 “A single film technician typically generates up to 2.5 tonnes of carbon on an eight-week shoot, or 32 tonnes per year. Typically, there will be up to 250 cast and crew working on a large production, plus the whole supply chain supporting it.”

Film studios can easily produce 3,000 tonnes of material – woodwork, scrapped sets and discarded props – for disposal or recycling in a five-month shoot.

Dicks says travel and fuel are big contributors to the industry’s carbon footprint, but waste also contributes to the environmental impact of filming. For example, single-use plastic water bottles are still purchased across the film industry daily.

“Green Screen is benchmarking the carbon and cost savings of this on each production,” she adds. ”A typical large film can purchase 12,000 disposable plastic bottles on a five-month shoot. We strongly encourage water coolers and portable cannisters. The manufacturing, transport and waste cost savings are immense and really impact a film’s carbon footprint.

Back in the noughties there were few recycling facilities and little support and interest in sustainability on film productions. It was this that drove Melanie and her colleagues – creative director and scriptwriter Paul Evans, location manager Adam Richards, and commercials producer Cathy Green – to found Greenshoot.

They worked with the British Standards Institute to create the crucial BS8909 standard, a UK-wide sustainability management system for film.

“From the outset our primary aim was to educate the industry on delivering sustainability top-down and bottom-up, and to train the current and upcoming generations of young professionals on making greener productions,” says Dicks.

“That’s why we launched Green Screen, essentially an easy to use, bespoke online educational platform based on BS8909. In practical terms, we get involved in the pre-production stage, making Greenshoot available to support and train the production staff using the Green Screen programme.

“By and large, people now come to us and we’re training more new entrants and production teams. We’re finally seeing a decade’s worth of work becoming an industry standard.”

“In a digital production office on larger productions, you can easily see savings of £15,000 by not using paper and ink, which significantly reduces a production’s carbon footprint. It’s an easy win, but it requires a change of mindset,” she adds.

Melanie points out that there are now more green suppliers, giving producers greater choice. Filming The Crown last year, they saved over 10,000 single-use water bottles because everyone had a reusable water canister refilled from large water coolers.

Going green can open new doors, too. The production team on the 2017 British horror movie The Dark Mile were permitted to film in sites of special scientific interest (SSSI) in ancient Scottish forests for the first time thanks to its sustainable credentials.

Actors and performers, too, are playing their part, with Colin Firth for one insisting no plastic was used on his film Gambit, for example. “High-profile actors who are environmental activists can have a powerful global impact on the climate change debate for the good of all,” says Dicks.

“The industry knows the mood has changed on sustainability and its attitudes are changing too. While no two projects are the same we can all work to the same sustainability framework, which gives us a baseline against which we can drive continual improvement in sustainability performance.”

Looking to the future

Greenshoot is keen to ensure the industry can meet the Mayor of London’s carbon emissions targets from October 2020, given there are typically around 17,000 days of shooting every year in the capital.

It’s also working with sustainability-aware financiers and entrepreneurs to create a global green film fund to support the financing of films with a sustainability message as part of their content, be they comedies, shorts, features or documentaries.

Summing up, Dicks says: “In my view the British production industry is leading the way in Europe in adopting sustainable practices”.

“A few more financial incentives in terms of tax credits would speed things along even more, helping the industry commit to a sustainable production future.