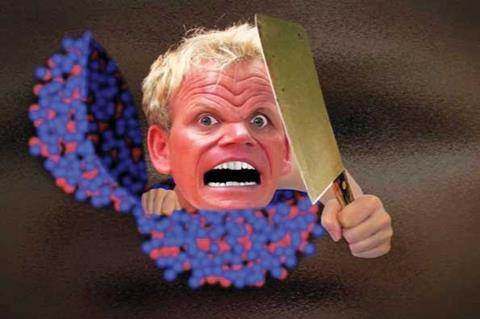 How it was done The animated short features a microscopic journey around Gordon Ramsay’s wrinkly face;
dissecting him and his bodily functions, glands and cells. The stylised modern cut-out animation technique was
created using photographic footage, manipulated in Photoshop and then animated using After Effects.