“While Portillo might not be the most rigorous historian on our screens, he remains eminently watchable” 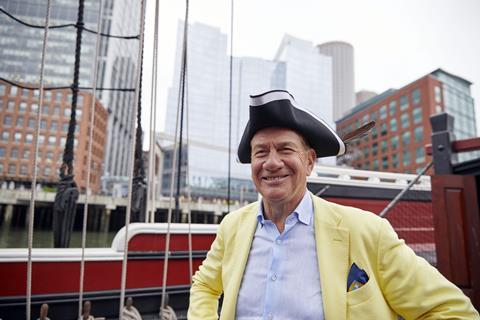 “He is no Michael Palin, but he is a knowledgeable presenter whose brio carries you along. He looks like a man who can’t believe his luck and possibly has recurring nightmares that he’s back in government with a boring employment report to read by morning, although he can rest easy. TV is obsessed with sending celebrities abroad.”
Carol Midgley, The Times

“Portillo’s first trip to Boston and surrounding Lowell, the birthplace of the American industrial revolution, had more style over substance. Beneath the surface there was little real fascinating history to sink your teeth into, unless you think the world’s first subway to light its tunnels really is illuminating.”
Daisy Wyatt, The i

“The pretence that this series has anything to do with trains has almost entirely been abandoned. Every day at teatime over the next four weeks, our dandy traveller will make his way from New England to the Canadian shores of the Great Lakes. This will involve rail travel, but it barely gets a mention: he might as well be going by car.”
Christopher Stevens, Daily Mail

Next of Kin, ITV

“Episode three of Next of Kin, which I have been enjoying, was mostly about Danish (Danny). Has he really been radicalised? What was he doing in Pakistan? Will he get home safely? And that’s a problem because does anyone care? Danny really is quite annoying, even without seeming to be involved in a terrorist cell and possibly betraying his own father.”
Carol Midgley, The Times

“Now in its 21st series, it’s hard to believe people still care about Silent Witness. It’s a reliably enjoyable if quite average watch. The Pizza Express dough balls of the TV world, if you like. And I can’t see it leaving the menu any time soon.”
Daisy Wyatt, The i

“There were times last night when you wondered why the corpse-cutting lot were in it at all. Apart from the obligatory body-on-slab scenes, the pathologists were rather out of the picture.”
Matt Baylis, Daily Express

“The ‘special relationship’ between Britain and America was warmer than ever in the deliriously daft Silent Witness. ‘Unbelievable!’ groaned Dr Nikki’s boss. He can say that again.”
Christopher Stevens, Daily Mail