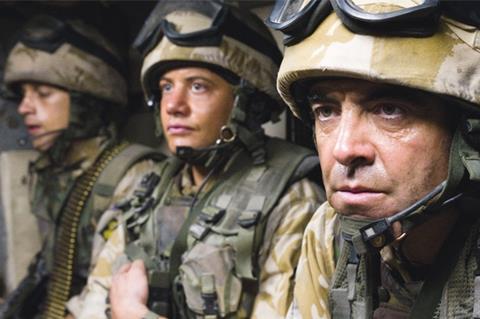 Finn will oversee the redevelopment of Halo’s two large sound suites at its new Margaret Street HD finishing facility as well as managing the two suites in its Great Portland Street building.

He was part of the team that won the ‘Best Sound - Drama’ award at the RTS Craft and Design Awards on Monday (23 November) for his work on Kudos’ Occupation (pictured).

Finn’s CV includes drama, documentary and commercials work and stints at both Tele-Cine and Martyr Sound. He starts his new job in early 2010.

“Having worked closely with Danny for nearly six years I know that his vast experience both as a mixer and manager is going to be invaluable over the next stage of Halo’s development.”

Halo managing director John Rogerson, who had previously been overseeing the audio team, will continue to work on key music, drama and documentary projects but will now be freed up to concentrate on company development.